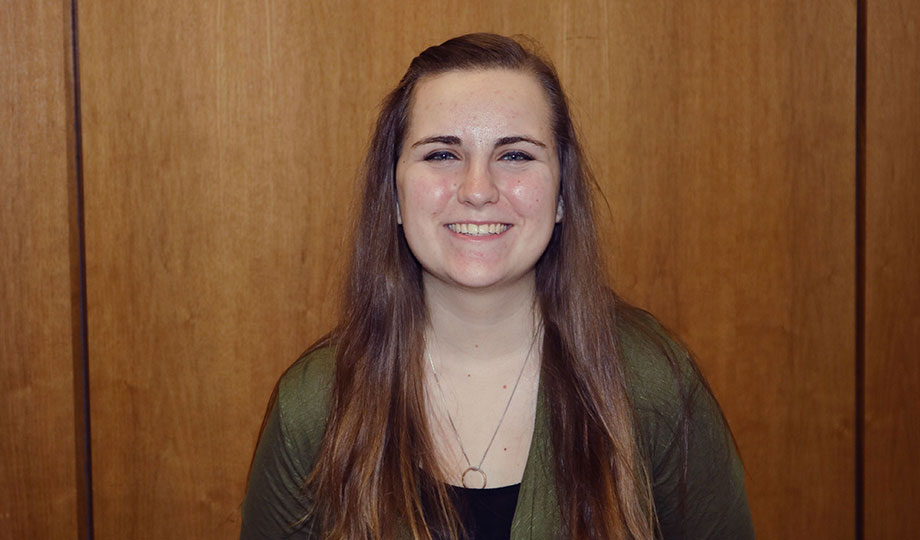 Akvile Kiskis decided it would be beneficial to turn her hobby into a career.

“I’ve always had an interest in computers. I love tinkering around with them and I always wondered how they worked,” she said.

Kiskis selected College of DuPage, realizing it to be a smart first step toward her goals.

“I’m extremely blessed to have one of the top-ranked community colleges in the nation five minutes away from my house,” she said. “When I first visited College of DuPage to talk to advisors, it was difficult for me to find my way around with the renovation that had taken place. My mother and I walked into an office and asked for help, and the admin stood up and showed us the way. She was so willing to help me out, even though I hadn’t enrolled in any classes yet!

“As I roamed the halls, I noticed many billboards for different clubs and activities. I later found out that there are over 60 student clubs, so I knew I was bound to find at least one that I liked. I love the idea of clubs because it lets students build friendships with people who share the same interests.”

She also received a Presidential Scholarship, which provides free tuition for two years to high-achieving students.

“Every penny counts when you’re saving money for college. Also, I was automatically enrolled in the Honors program, which gave me more of a challenge with my studies,” she said. “What’s great is that many of these professors worked at four-year universities, so they teach at that level.”

Kiskis transferred to the Illinois Institute of Technology in the co-terminal program, which allowed her to complete a master’s degree in five years instead of six. As a result, in 2019, she earned a Master in Cyber Security and Forensics and a Bachelor in Information Technology and Management and spoke at Commencement.

While at IIT, Kiskis received a scholarship to attend the Women in Cyber Security Conference in Arizona and started a student chapter of WiCyS, which was a great success.

“We had speakers from Allstate Insurance and Mindsight, which is a local IT consulting firm,” she said. “The Allstate presentation went over threat intel and the weaknesses of AES encryption while the Mindsight presentation went over cybersecurity from a hacker’s perspective. Both presentations included live demonstrations. We also had nine students attend the WiCyS Conference this spring and out of those nine, five were offered internships.”

Kiskis also participated in the Foreign Affairs IT (FAIT) fellowship, a new program with the Department of State. With this program, she completed a domestic internship in Washington, DC and an overseas internship at the U.S. Consulate General in Frankfurt, Germany. She joined the foreign service as an Information Management Specialist (IMS) and is starting her second tour overseas.

Kiskis advises any student to come to College of DuPage and either schedule a tour or just wander around campus to get a feel for the school.

“Many people assume that community college means you’ll receive less of an education than if you went to a four-year college,” she said. “College of DuPage strives to prove this stereotype wrong with its modernized buildings and stellar professors. I attended College of DuPage because it allowed me to grow and learn not only as a student but also as a person.”