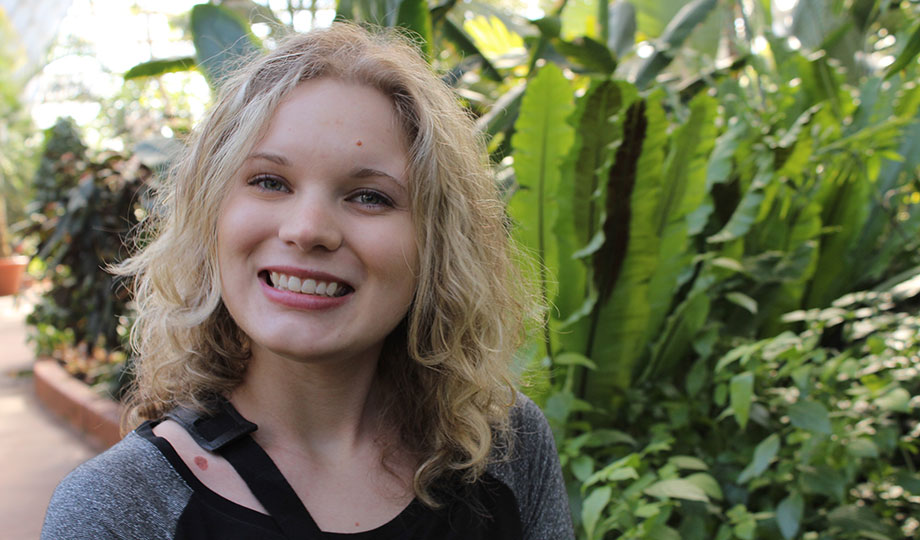 Sam Vallo Schmidt could no longer afford the four-year college she was attending.

She didn’t want to stop her education, but it had to be affordable. She heard about the Motion Picture/Television program through a College of DuPage student working with her mom, and her mom relayed the information to Schmidt, who had been involved with television since starting high school.

“I went to check out the department and I fell in love, not just with the facility but with everyone there, too,” Schmidt said. “Once I entered the MPTV department, I was kicking myself for not having started there in the first place. The four-year college I was at had an MPTV program, but COD blew their program out of the park. I was highly impressed and really excited to finish my degree.”

She credits the teachers and staff, who helped her land her first job, which was working in the cage with COD Lab Manager Glenn Glinke.

“I loved working with Glenn and I made great friends with the other lab aides. When my MPTV career was coming to an end, the MPTV teachers and staff helped me land an internship (at VOP-TV6 in Oak Park) and then another which actually turned into a job! I learned so much from the program it’s unbelievable.”

Schmidt earned an Associate in Applied Science degree in Television Production and an Associate in General Studies degree. The summer after graduating, she landed an internship with Rant Media Network and, within a week, she was offered a job there as a video editor. She now works at Triton College, where she initially was a technical assistant in its television and radio station, TCTV and WRRG. She edited, shots, produced, organized, worked as on-air talent for both the radio and TV station, and even produced her own show, “This Is Triton.”

Now she is in Triton’s Marketing department as a digital media specialist.

“I am responsible for their social media platforms, creating and updating web content, creating fun videos for social media and the web, and I am also their photographer. So, I guess you could say a do a little bit of everything,” she said. “I am also getting married to someone I met in College of DuPage’s MPTV program.”

Her ultimate career goal is to work at a major television network. Schmidt knows this may take some time, but she’s confident it will happen. She thanks College of DuPage for helping her in every way possible.

“My advice to any students who are considering COD and the MPTV program is to definitely take advantage of everything this remarkable program offers,” she said. “The teachers are fantastic, the department as a whole is amazing and what you take away from the program is limitless. You can find a job with a degree from MPTV. I'm speaking from experience: The knowledge and real-world experience you get from this program will help get you where you want to be.

“I really can't say enough about the program. As corny as it sounds, it really changed my life for the best and I’ll forever be grateful for being a part of it.”

More about the Motion Picture/Television program