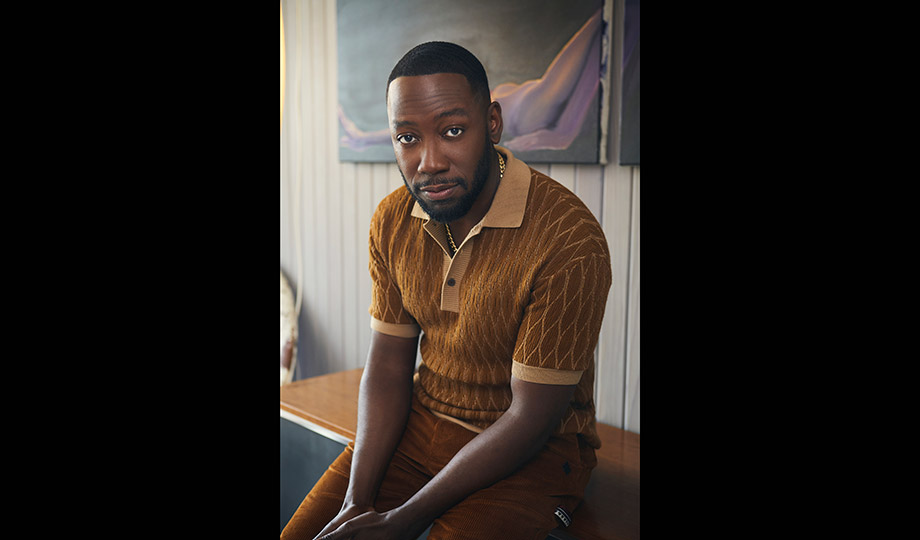 “I used to get kicked out of class a lot for telling too many jokes, so I was sent to detention a lot. My math teacher, along with the woman who was in charge of detention hall, would tell me, ‘You know, you should really use those talents toward something,’” he recalled.

Needless to say, Morris took those words to heart. He studied theater on scholarship at College of DuPage, took classes and performed at Chicago’s famed Second City, moved to New York and later to Los Angeles, all in pursuit of his dream. In this business, he said, you need to be fearless.

“As soon as you get out of your comfort zone, you find out a lot about yourself and what you can do,” he says. “It is hard work, but when you train yourself to do something it becomes second nature.”

Morris hosted game shows on the BET and Cartoon networks, acted in award-winning independent films and appeared in more than a dozen commercials before landing his dream job on “New Girl,” the popular, Emmy-nominated Fox sitcom. He auditioned for the part 15 times—admittedly his toughest audition process ever—and battled nerves his first day on the “New Girl” set.

“My hands were freezing, I was sweating. This is what I had been working toward my whole life,” he said.

For seven seasons, Morris played Winston, a former basketball player sharing an apartment with two other guys and one girl named Jess. As roles go, it was just about perfect for the 2003 COD graduate.

“My two passions in life are acting and basketball,” he said. “I make the analogy of playing on the Bulls during the Michael Jordan era. I was just happy to be on this team.”

COD Director of Theater Connie Canaday Howard remembers Morris as an inquisitive, collaborative student who achieved success both in class and on stage.

“Lamorne is certainly one of our many success stories,” she said. “He’s very talented and I’m really proud of him.”

Morris remembered immersing himself in all things acting—attending classes, rehearsals and performances, going to Second City, working at Ed Debevic’s and just hanging around his COD peers and mentors. Most days, he was on the go from 6 a.m. to midnight, totally in his element.

“In the Theater program, we were close, we were tight. We would spend every waking hour there. COD was the coolest, most relaxed experience ever,” said Morris, who was involved in more than a half dozen College Theater productions.

Morris continues to dream big. His many projects include co-starring with Ice Cube and Cedric the Entertainer in the movie “Barbershop: The Next Cut”; with Jason Bateman, Rachel McAdams and Kyle Chandler in “Game Night”; with Kurt Russell in “The Christmas Chronicles”; “Yesterday” in 2019; and with Vin Diesel in “Bloodshot” in 2020.

Returning to TV, Morris currently stars as Keef in “Woke,” a semi-animated comedy series that debuted on Hulu in 2020 and has been picked up for a second season. The show, inspired by the life and art of series co-creator Keith Knight, sheds light on a variety of racial inequalities, ranging from police brutality to colorism in the entertainment industry.

Morris was drawn to “Woke” after reading the script and noticing parallels between Keef’s situation and his own career.

“The world around Keef starts to open up for him and he begins to see things for how they really are,” he said. “He then has to ask himself if he should get activated, become ‘woke’ and possibly tear down everything that he’s worked so hard to get, or does he just shut up, get rich and draw silly comics? That’s what pulled me in, because that was me for a long time. I struggled with trying to be the best version of myself and provide for my family, while on the other hand, noticing things that aren’t right and the need for me to address them.

“One thing that I hope ‘Woke’ does is keep the conversation going. Using comedy as a tool to provide information is a great way to do it. No matter when you put a show like this out, I think it will be relevant because what we’re dealing with in this county has been happening for a while. However, now there’s an opportunity to prolong a conversation that we sometimes stop having too soon because we’ve become numb to it.”

As for COD, Morris said the Theater program helped him immensely.

“COD is like the backbone of my career. It is where I realized, ‘Hey, I can be an actor,’” he said. “It not only taught me the skills needed to become a successful actor, but it also taught me proper acting etiquette, such as how to prepare for a scene and how to rehearse. I still hold all of those things with me to this day.

“More than anything, I have lifelong bonds with a lot of people I met there. For example, [COD Director of Theater] Connie Canaday Howard is everything to me. Whenever I’m back in Chicago, I try to go back there. I loved my time there.”

More about the Theater program