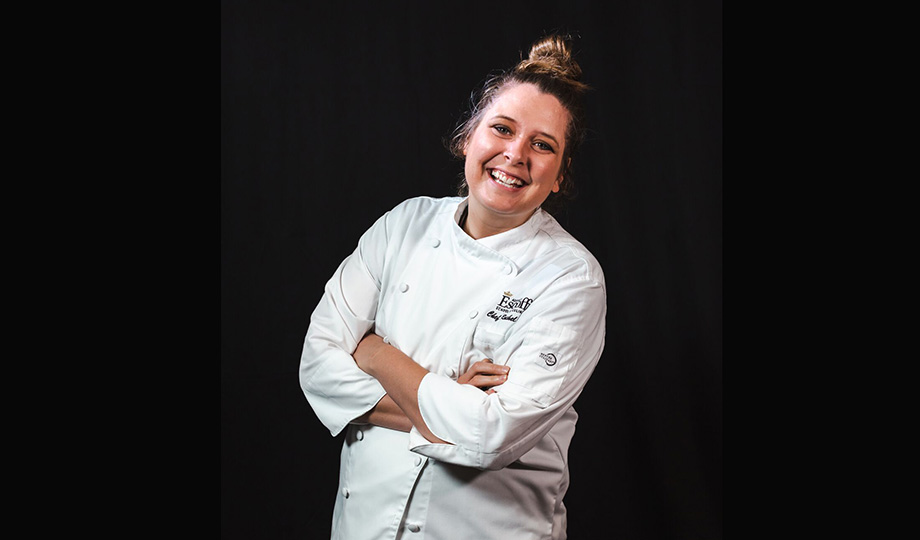 Rachel Cuzzone came to College of DuPage unsure of what to pursue as a career.

“I figured I would take classes and decide if COD was right for me – and it turns out it was,” she said. “I fell in love with the school. The chefs, instructors and fellow classmates helped to shape who I am now, and I would not trade that for anything.”

While at COD, she served as the vice president for the College’s Culinary and Hospitality Club and worked as a student assistant in the Baking and Pastry Department, where she created and managed a department-wide ordering system for all of the classes. Cuzzone also received a $5,000 scholarship from the Chicago Chapter of Les Dames d’Escoffier International. She was the first COD student to receive this award and one of only seven women in the Chicago area to do so.

Outside of school, Cuzzone spent two seasons working as part of the kitchen team during the Chicago Bears home games as well as other on-site events. She also started her own cake and pastry business.

“I will do anything from weddings and birthdays to baby and bridal showers,” she said. “Making people happy through food and knowing that I was able to help make their big day a little more special is incredibly rewarding.”

Cuzzone earned two associate’s degrees in Culinary Arts and Baking and Pastry Arts. In 2014, she was named one of the College’s Outstanding Graduates.

Instead of leaving campus, Cuzzone stayed at COD as part of the 3+1 program with Roosevelt University and earned her bachelor’s degree in Tourism and Hospitality Management. In 2015, she assisted the United States Pastry Olympic team for the Coupe du Monde (World Pastry Cup) in Lyon, France. The team took third place, the first time in 10 years that the U.S. was on the podium.

After spending several years as the resident chef at Sur La Table in Naperville, where she also taught cooking classes, Cuzzone is now focusing on her own business, making custom cakes and pastries as well as catering. She also continues to teach, now at her alma mater – College of DuPage – as well as at Marcels in Glen Ellyn and the North American Pizza and Culinary Academy in Lisle.

She is thankful for the education she received from COD.

“I want to continue to learn and gain experience and make a difference in other people’s lives,” she said. “Taking classes at COD helped me to save money while still getting a fantastic education. I have learned so much in so many aspects of my life and am very grateful.”