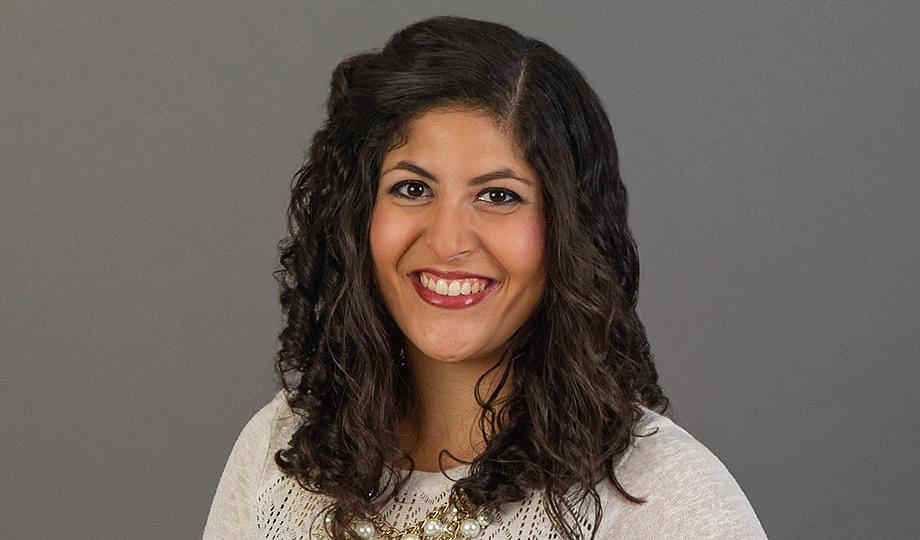 “My dad is a musician and was a music educator for 30 years,” she said. “Music was ingrained in us. I sang in the church choir and the children's choir, and I was in the school musicals.”

Her older sister Amy studied music at College of DuPage before transferring to Illinois State University to major in music theater. Blankenship knew her sister had a positive experience at COD and decided to check it out.

“I knew going out of high school that I wanted to do something with music, but I didn’t know what area I wanted to study,” she said. “I was nervous. So I decided to give COD a try. I worked very hard, taking a full load of classes and holding down a part-time job. But I earned my two-year degree in two years.”

While finishing her Associate in Fine Arts – Music degree, Blankenship began to look at various career options, starting with music education. Then she discovered music therapy.

“I researched it more and spoke with several music therapists in the area,” she said. “I was excited but shied away, because it was really big in the 1960s and ’70s but not as much after that. However, I found it was coming back, and the more I researched it, the more I knew I wanted to go into music therapy.”

Blankenship transferred to the Music Therapy program at ISU. All of her general education credits transferred seamlessly, and she was able to focus on her therapy classes.

After two years of class work, she needed to complete a six-month internship before graduating and found one at Helping Hand Center in Countryside.

“Helping Hand is an adult day program center for adults with developmental disabilities, and there’s also a school for autism that's attached to the facility,” she said. “I led music therapy groups, I led some recreational music groups, and I helped co-lead some performance ensembles. They let me jump in right away, which was amazing.

“In its simplest form, music therapy uses music to help people. Music is universal, and it has a way of connecting and reaching people in verbal and nonverbal manners.”

At the end of the internship, Blankenship graduated and began the search for a full-time job. Because of her positive experience at Helping Hand, she left a resume there for future reference. They instead offered her a full-time job as a case manager and a chance to work part-time developing music programs.

Blankenship jumped at the chance. In addition to working as a case manager, she and two colleagues developed the Pediatric Outpatient Clinic Music Therapy program and worked two nights a week with clients ranging in age from 3 to 22. Much of music therapy focuses on physical and social wellness. Say a child needs to work on identifying body parts. Blankenship might play the song “Head and Shoulders, Knees and Toes” to meet that goal. If the issue is impulse control, she might employ a song like “Twinkle, Twinkle, Little Star,” giving the child a musical cue when it’s time to chime in.

She also was involved with program development and was the Music Therapy Internship Director, working with universities and students during the six-month internships.

After eight years at Helping Hand, Blankenship worked for The Great Lakes Music Company, providing in-home, individual music therapy services to children and adults with intellectual disabilities. She is now at Residential Home Health and Hospice as a full-time music therapist.

“I use music in a variety of ways to bring comfort and enhanced quality of life for both patients and families,” she said. “I’m able to effectively use both live and recorded music to help decrease anxiety and pain by promoting relaxation and I’ve also used music to assist in creating legacy projects for patients to give to their family and loved ones, as they near end of life. It’s been a wonderful experience so far and I am really looking forward to growing within this company.”

For fun, she and her husband formed a band, Tank & the Beez, that plays Americana roots music, encompassing blues, jazz, folk and some bluegrass. They perform in the city and in the suburbs.

Blankenship has enjoyed her musical journey so far.

“College of DuPage gave me such a great start and I feel lucky to have been able to learn from the instructors there,” she said. “The Music program has so much to offer and it truly prepared me for my education and career in music therapy.”