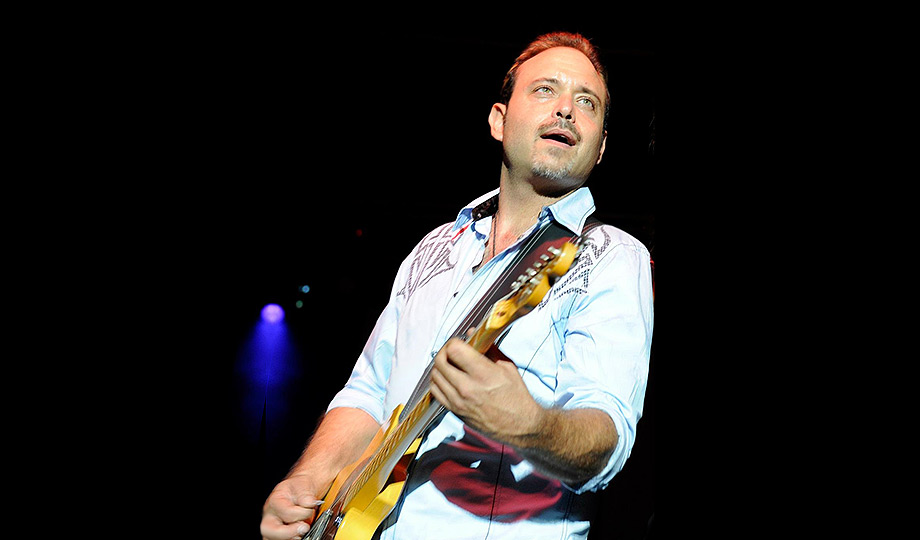 Mike Aquino has been drawn to music for as long as he can remember.

“I remember hearing the rock band Queen and falling in love with the sound of the guitar,” he said. “I got my first guitar at the age of 8 and it was off to the races from there. I liked the look and the sound I heard from many different styles of music, so I just kept learning as much as I could.”

When it came time for college, Aquino chose College of DuPage for a variety of reasons: It was local, he could continue to play music professionally and work at the same time, and he knew the courses would transfer when it was time to pursue his bachelor's. However, he never dreamed of how important and influential the music courses would be to his career.

“The faculty and courses at COD contributed greatly to both my education and career, and it was in the music courses that I really learned a lot about myself and fortified what I wanted to do for a living,” he said. “Working with teachers like Dr. Tom Tallman – who is now a lifelong friend and mentor – and Dr. Lee Kesselman made learning the structure of music fun and enjoyable.

“The instructors taught me in a way that allowed me to be myself and further myself, and not like someone off an assembly line. During my time at COD, they had the confidence in me to hire me for shows inside and outside of school activities, and they still do to this day. Without that trust and dedication from those I learned from, I would have missed out on many opportunities during the years that followed. Working with people who love what they do and are amazing at what they do makes you want to rise to the next level, so always reaching for that next level is what I do.”

Aquino transferred to Roosevelt University/Chicago Musical College and graduated with honors with a Bachelor of Music Education degree with an emphasis in Jazz Studies. He was also inducted into the Franklin National Honors Society. Throughout his time at Roosevelt, he continued to perform professionally and teach music.

During the year after earning his bachelor’s degree, Aquino met songwriter/rock star Jim Peterik from the Ides of March and former co-founding member of the rock band Survivor. It changed his life.

“Since that meeting, I have performed, recorded and written with some of the best musicians in the world,” he said. “I am the lead guitarist and backing vocalist for Jim Peterik and World Stage, performing with artists such as Jim Peterik, Mike Reno (Loverboy), Rik Emmet (Triumph), Kelly Keagy (Night Ranger), David Pack (Ambrosia), Johnny Van Zant (Lynyrd Skynyrd), Keith Burns (Trick Pony), Don Barnes (.38 Special), Jimi Jamison and Dave Bickler (Survivor), and the list goes on for pages and pages. I also perform with legendary songwriter and great friend Dan Navarro (Lowen/Navarro). On top of all that, I work continuously with about six other bands from Chicago down to Nashville.”

Aquino has recorded one CD, “Your Side Of Town.” He continues to be a first call session guitar player and vocalist for recording studios in Chicago and teaches privately. He feels fortunate to have achieved many of his career goals, and he would like to keep doing what he does and push himself to do the best job possible. He also wants to continue putting smiles on people’s faces.

He will never forget his education at College of DuPage and urges students considering music to take advantage of COD's resources.

“The Music program is phenomenal,” he said. “The faculty, in my opinion, rivals that of any other college or university, and the facilities are first-rate. The programs are put together with the student in mind. With all of this in your backyard, it's an awesome feeling to know that this choice is there.

“I still remember my first music theory class and will never forget it. The impression left on me from being a student at COD is nothing but positive. Personally, I would like to thank the teachers I had while I was at COD. Many of them started as my teachers and then became peers, and now they are my mentors. The best part of it all is that they have also become my friends. Without them, I wouldn't be as successful and connected as I am today.

“College of DuPage is a school I believe in very much.”