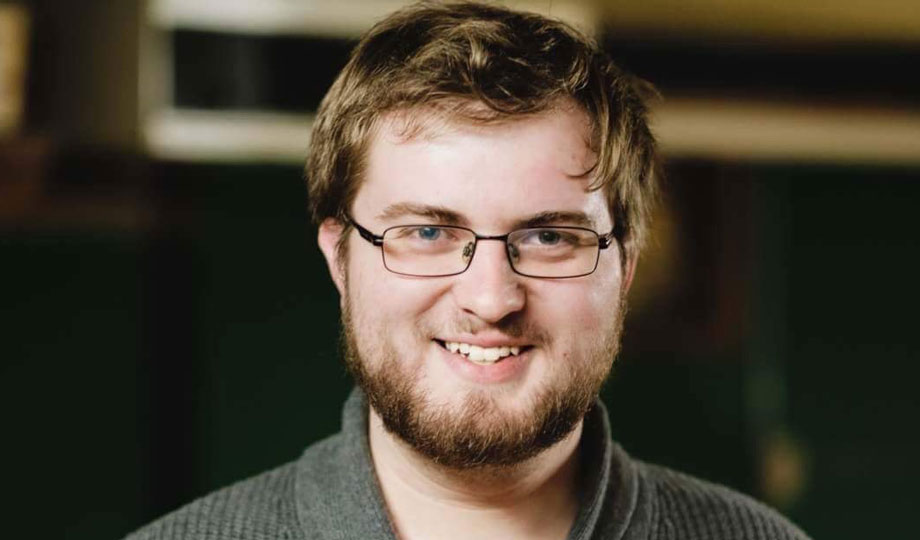 While growing up, Christopher Allen developed a love for history and mythology.

“But what I loved the most was not well-represented in historical documents,” he said. “I also wanted to understand the cultures and material object aspects of a people's history more than the events and specific people.”

Allen knew about College of DuPage because his father, Jim, is a professor of English. He originally thought about majoring in history but connected with archaeology through anthropology professors John Staeck and Michael Dietz. He also traveled to the Czech Republic as part of the Archaeological and Bioarchaeological Field School program offered through COD, for which he received a $2,500 Study Abroad scholarship through the COD Foundation.

“I was able to actually practice archaeology under the guidance of several skilled professors, both from COD and other schools, allowing for a well-rounded education,” he said. “I discovered the real-world relevance and it connected well with my religious practices, and I was hooked.”

Allen transferred to Beloit College and received his bachelor’s degree in Anthropology. Currently, he is a second-year master's degree student at University of Wisconsin-Milwaukee, where he plans to earn both his Master of Science and Ph.D.

“I am working on several projects that deal with experimental archaeology and working on becoming a published scholar,” he said. “My current thesis work is on recognizing gender expressions and patterns in Iron Age Celtic iconography.”

COD gave me the chance to really figure out what I wanted to do with my life and how to do it.

His ultimate career goal is to become a professor of anthropology or history, perhaps returning to COD to do so. Allen’s advice for students considering COD is to take advantage of as many opportunities as possible.

“I mostly was looking to fulfill my gen eds, which COD was a great help with. But I found other educational opportunities that I did not initially expect to have, such as the archaeological field school, leadership opportunities from clubs, and professors that I could connect and make lasting bonds with,” he said.

He also believes in the power of a college education as formative experience.

“In an age where all of human knowledge is available in our pockets, college is more important than ever,” he said. “Just because we have the knowledge doesn’t mean we know how to use or understand any of it. College teaches us how to use knowledge, how to think critically about it and how to experiment with it or look at it in new ways. It is a relatively safe space to find yourself, experiment, and grow both intellectually and personally.

“Everyone should be able to go to college, and COD is a great way for those with busy schedules, fewer means or uncertain paths to be able to get the college experience. COD gave me the chance to really figure out what I wanted to do with my life and how to do it. Even if my dad didn't teach at COD, I would have still attended COD. I highly recommend it to anyone.”

Learn more about the Anthropology program at College of DuPage