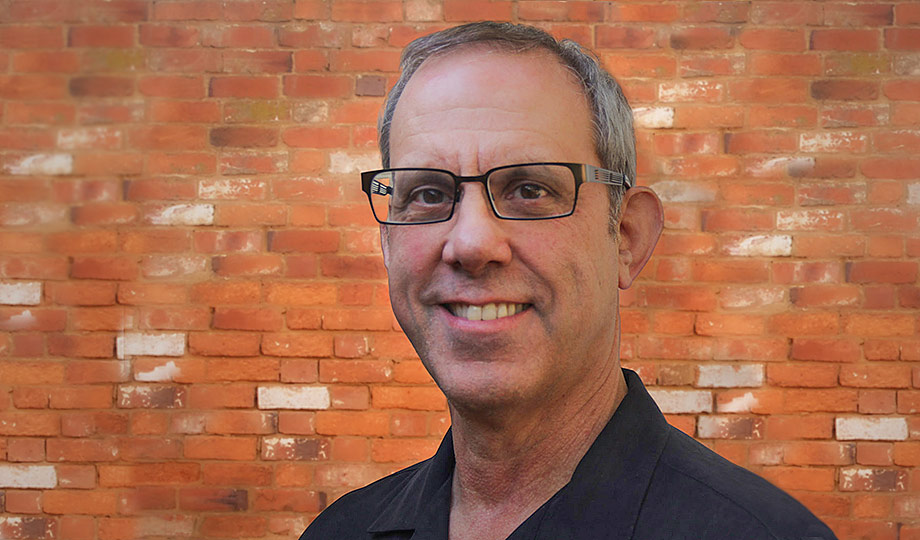 After seeing John Wayne in the film "The Alamo" as a kid, Tony Venezia longed to become an actor. But when he finally made it to Los Angeles for graduate work at UCLA, it was not to study acting.

Instead, he discovered animation.

Venezia is now sharing his expertise with students in the Motion Picture/Television program. He brings nearly 25 years of experience creating effects, graphics and animations for feature films and television. He lost his hankering for acting way back when, but there is still a bit of the thespian left in him, especially when he talks about work. In fact, he becomes rather animated.

"A character-animator is an actor," he said. "Regardless of what anybody says, if you watch Elmer Fudd, he's got personality. So, who's giving him that personality? The animator is behind the scenes watching the scene and watching himself acting like Elmer Fudd."

Venezia launched the Associate in Applied Science degree in Animation. The degree is designed for students bent on animation careers and who are also considering transferring to four-year colleges or universities to continue their studies.

He worked on special visual effects for dozens of major film and television releases. Major accomplishments include creating the title elements for the films "Executive Decision," "Indecent Proposal" and "When a Man Loves a Woman"; creating and producing trailer graphics for "Twister," "Stargate" and "Mr. Holland's Opus"; and developing technique and animated titles for "Total Recall."

Just as actors have to draw from their internal resources to build roles, animators also have to draw from within themselves to create their characters – a concept that Venezia lives by and tries to instill in his students.

"I tell students to reach into themselves," Venezia said. "Some people come into class already like that. But for others, it is new ground, and I don't think people are taught that concept a whole lot in school."