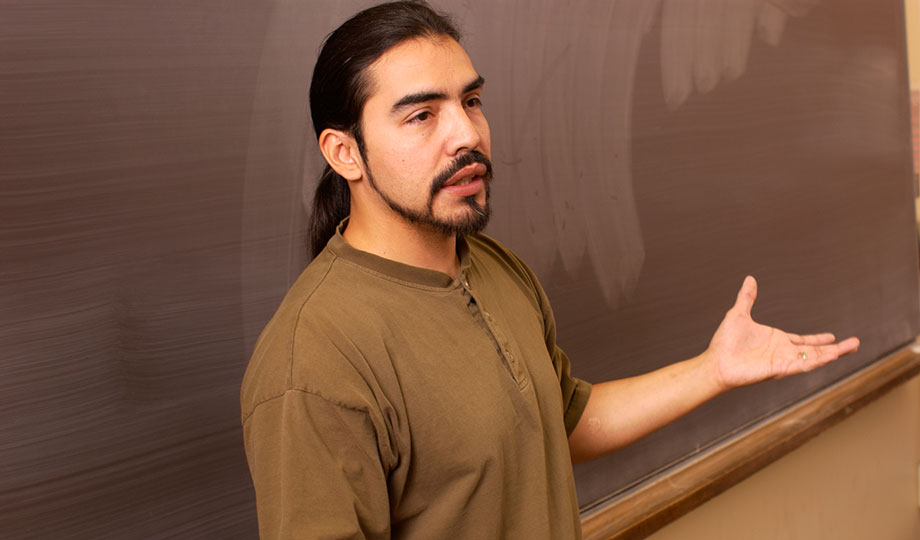 While taking an English class dedicated to semantics, John Santiago was blown away by the study of meaning.

"The fact that some people thought about the significance and function of meaning, rather than just about what was meant by words, was a watershed moment for me," he said. "From there, I was terminal. I had awakened to philosophy and knew I’d live the remainder of my days a philosopher."

Santiago developed a passion for teaching while tutoring his peers in the math and logic classes they were taking during his first few undergraduate years at the University of Illinois at Chicago, where he earned bachelor's, master's and doctorate degrees. He taught full-time at the University of Texas Pan-American in the Philosophy department before coming to College of DuPage in 2005.

"I get paid to help people learn something that I think is truly valuable but would otherwise be difficult to learn on their own -- it's a great job," he said. "I hope my students gain a sense of themselves living in a richer and more meaningful world. I hope they can see that their everyday affairs are filled with opportunities to reflect on, appreciate and infuse significance into their lives. I hope that they understand that living large isn’t about how much material possession you have but a matter of how much you wonder."

Over the years, Santiago has been inspired intellectually by several philosophers to see the world differently: Aristotle, Spinoza, William James, Nietzsche, W.V. Quine, Foucault, Sandra Bartky. But he's equally inspired by anyone who strives to rise to a challenge with integrity and intensity.

"People who burn with a drive to make their lives and the lives of those around them better inspire me. People who just want things given or made available to them, people who want an easy button, they can take a walk," he said. "Those who won’t give up on themselves, the fighters, those are my people."

More about the Philosophy program