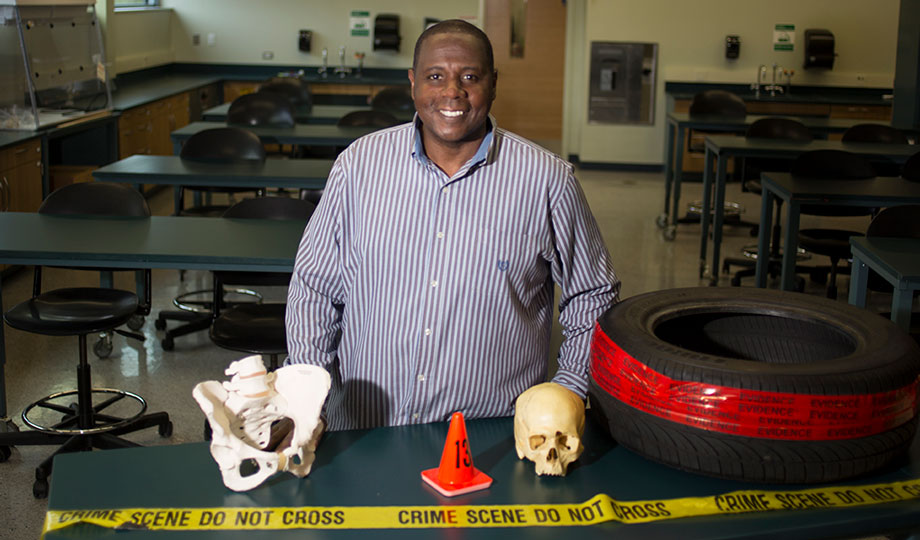 For Theo Darden, a simple conversation with a sheriff's deputy while in college forged his future.

“Through that conversation, the deputy told me I had great communication skills and that I should consider law enforcement as a career,” he said. “I never thought more about that discussion until I was registering for classes my second year of college. I walked up to the registration window and declared my major as criminal justice. Working in law enforcement is not what I wanted to do early on in life, but now it’s everything that I am.”

His decision to go into law enforcement was solidified during his first week out of field training.

“When I completed field training and began patrolling on my own, a college student tried to take her own life,” he said. “I was the officer who showed up with the ambulance and provided support to comfort her friends after the ambulance left. I brought the young ladies to the hospital and sat and talked with them for a few hours, listening to their stories about their friend and helping them sort through their emotions. A few weeks later, my police chief told me she had received a letter from the young ladies and wanted her to know how grateful they were for what I had done for them. Police officers have the ability to change lives just by being human and relating to others.”

Darden went on to have a satisfying career in criminal justice. He worked as a police officer and supervisor in three different agencies in Wisconsin for almost 17 years. He also worked for the Attorney General’s Office in the Wisconsin Department of Justice as an education consultant for police training and curriculum development, training officer and as a special advisor to the Attorney General on school safety. Among his honors, Darden was named Wisconsin Law Enforcement Officer of the Year in 1996.

With a storied career in criminal justice, there was always something about teaching that excited Darden. Despite being in his mid-30s with the potential to continue advancing in his career, he decided to pursue his doctorate, which eventually led him to College of DuPage.

“I enjoyed training other officers and felt very passionate when speaking with people who wanted to work in this profession,” he said. “During my interview at COD, I was very comfortable. I needed an institution that would let me use my talents to build a 21st century curriculum and challenge students to change the world.”

“Students come in with practically a blank slate,” he said. “They come in with biases and misunderstandings that they don’t even know they have. It’s my job as an educator to open their minds and help them become aware of who they are so they can begin to understand those who they want to serve. It’s challenging, but when you see former students go across the world or across communities to serve others, that is what it’s all about. They come back to thank me, but I thank them. They did the work. I’m just a facilitator of information.”

Because of his dedication and passion, Darden was named the College of DuPage College-Wide Outstanding Full-Time Faculty Member for the 2019-2020 academic year.

Before each lesson, Darden shares what his students call “Dardenisms.”

“I like to share what I refer to as public service announcements with my students,” he said. “It’s all about the idea of keeping their flames lit, jump-starting their curiosity and encouraging them to think beyond their own socialization. If you keep students engaged, curious and open-minded, that’s education. That’s when you see extraordinary things unfold right in front of you.”

More about the Justice Studies program