Campus Guidelines
Classes are in session. Campus is closed to the public except for students with on-campus courses. Learn what to expect on campus or read Coronavirus (COVID-19) updates. 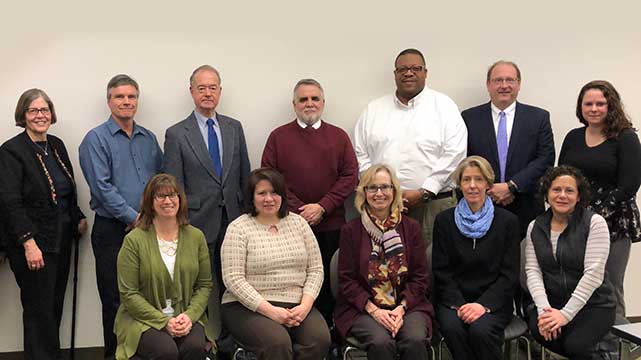 Sally N. Fairbank received a Bachelor of Arts in English from Northwestern University, a Juris Doctor degree from Washington University in St. Louis, and a Master's degree in Education from Northern Illinois University.

She served as a law clerk for an appellate court judge in St. Louis after graduating from law school. She later worked as an associate attorney in product liability defense, and as in-house counsel for International Harvester (now known as Navistar) and Motorola. She served as an assistant public defender in the juvenile division at the DuPage County Public Defender's office.

Sally has been coordinator of COD's ABA-approved Paralegal Studies program, a program which she started, since 2006.

The Honorable Robert E. Douglas received a Bachelor of Arts in History and Political Science from the University of Illinois, and a Juris Doctor degree from DePaul University College of Law.

He was appointed an associate judge in DuPage County in 2012, and is currently serving in the domestic relations division in Wheaton.

Prior to becoming a judge, he worked in the civil division of the DuPage County State's Attorney's office, and in the Illinois Attorney General's office. He also worked in private practice. He previously taught at the American Institute of Paralegal Studies.

Judge Douglas was commissioned a second lieutenant in the United States Army Reserve in 1979. After completing the Judge Advocate General's course in 1983, he was recommissioned in the Judge Advocate General's Corps. His last post was as the Staff Judge Advocate of the 84th Division, Milwaukee and Ft. McCoy, WI. He was deployed as a civil affairs officer to the NATO Peacekeeping Force in Bosnia-Herzegovina from October 1997 to August 1998, where he served as the Staff Judge Advocate for the Combined Joint Civil Military Task Force. He was deployed as a civilian affairs officer as part of Operation Iraqi Freedom from March 2003 to April 2004, where he served in a variety of positions, culminating in the job of civil-military liaison between the Coalition Provisional Authority and the 101st Airborne Division, commanded by Major General David Petraeus.
He was awarded the Bronze Star Medal, the Joint Service Commendation Medal, and the Legion of Merit, which is the military's seventh highest decoration. He retired from the military at the rank of colonel, after 30 years of service.

He was appointed an associate judge in DuPage County in 2011.

Prior to becoming a judge, he worked as a prosecutor in Cook County, and then practiced civil and criminal litigation in his own firm.

He has written numerous articles published by the DCBA Brief; the Illinois State Bar Association, Family Law; and the Illinois Bar Journal.

He received the DuPage County Legal Assistance Foundation Pro Bono Award in 2004, and was named an Illinois Super Lawyer in 2007.

Randall (Randy) T. Erickson received a Bachelor of Science in Mechanical Engineering from the University of Illinois at Chicago, and a Juris Doctor degree from Loyola University Chicago School of Law.

Capper C. Grant received a bachelor's degree from the University of Kansas with a major in biology and a minor in anthropology and received a Juris Doctor degree from The John Marshall School of Law, where he was a member of the Gavel Society.

Capper served in the United States Army during Vietnam, and was awarded a Bronze Star.

He worked as a senior litigation lawyer and resident attorney for a leading insurance company's staff legal department. He is a chair- qualified arbitrator for the Illinois Supreme Court Mandatory Arbitration program.

He serves as a member of the Advisory Council for the Paralegal Studies program at COD.

Capper has taught at College of DuPage since 2008. He teaches Introduction to Paralegal Studies, Legal Ethics/Law Office Organizations, Civil Litigation, Personal Injury, Tort and Insurance Law, and Corporations and Other Business Organizations.

After working as a law clerk, she served as an assistant attorney general for the Office of the Illinois Attorney General - Environmental Division. Later she worked at two private law firms.

Linda Jenkins received a Bachelor of Science in General Management from Purdue University, and a Juris Doctor degree from DePaul University College of Law.

She is a retired bankruptcy lawyer. At different points in her career, she represented mortgage companies, worked for the Chapter 13 trustee, and represented debtors.

She is a co-advisor of Paralegal Club, and of Lambda Epsilon Chi (LEX), the national paralegal honor society. She was honorarily inducted into LEX in 2013. She received the 2010-2011 COD Club Advisor of the Year award, and the 2012-2013 COD Divisional Outstanding Part-time Faculty Award.

Linda has taught at COD since 2009. She teaches Advanced Legal Research and Writing, Drafting Legal Documents, and Bankruptcy Law.

She received the 2019 Outstanding Faculty Advisor Award at COD.

As a paralegal student, she was inducted into LEX, the national paralegal honor society. She worked as a litigation paralegal for several years before becoming an attorney.

A certified domestic relations mediator, Liz concentrates her practice in family law and immigration law. She speaks frequently in the community on issues relating to immigration law, and volunteers her time with Administer Justice, a legal aid clinic based in Elgin.

She has taught Introduction to Legal Research and Writing at COD since 2016.

Sandra Polanco received a bachelor's degree from the University of Illinois at Chicago, with a major in Criminal Justice. Additionally, she received a Paralegal Certificate from Roosevelt University and both a Juris Doctor degree and a master's degree in Business Administration from Northern Illinois University.

Prior to becoming an attorney, she was a paralegal for nine years. Her past legal experience includes bankruptcy, investment management, worker's compensation, commercial litigation, real estate, and employment law. She also served as general counsel for the Aurora Hispanic Chamber of Commerce. She currently works as in-house counsel for American Guardian Warranty Services, Inc., and is an elected official on the DeKalb County Board. She is fluent in Spanish.

Ellen has focused her practice on litigation and transactional matters in a variety of areas, including Elder Law and Public Interest law.

Prior to law school, she researched human neurobiology using functional magnetic resonance imaging at the University of Iowa's Huntington's Disease Center of Excellence.

Lori Vardas received a Bachelor of Arts in Economics from Emory University, and a Juris Doctor degree from Loyola University Chicago School of Law.

She worked as a legal consultant for McDonald's Corporation, negotiating and drafting various finance contracts for the company's treasury department. Prior to that, she was an enforcement attorney for the United States Securities and Exchange Commission, where she investigated and litigated potential securities laws violations, such as insider trading and market manipulation.

She has taught at COD since 2007. She teaches Legal Ethics/Law Office Organization, Drafting Legal Documents, Introduction to Paralegal Studies, and Business Law.

Paul Watkiss received a Bachelor of Science in Business Administration with an emphasis on computer programming from Illinois State University and a Juris Doctor degree with honors (top 10%) from DePaul University College of Law.

Paul is currently employed as the managing attorney for State Auto Insurance Company's in-house counsel office located in Naperville, Illinois. He defends personal injury actions brought against State Auto insureds, and he litigates coverage disputes. He is licensed in both Illinois and Indiana.

As a practicing attorney, Paul is a member of COD's Paralegal Studies Program Advisory Council.

Paul has taught at COD since 2007. He teaches Personal Injury, Tort and Insurance Law, and Corporations and Other Business Organizations.

If you are considering this program as an area of study, consult with a faculty member in this field.

"I hope my students take away respect for the law and the legal system, a desire for ongoing growth and self-improvement, and constant intellectual curiosity." - Sally N. Fairbank 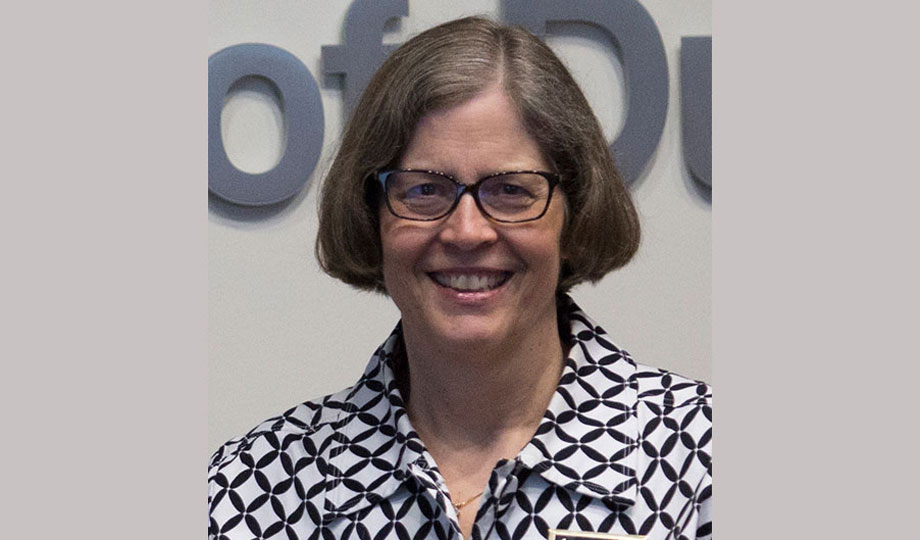 "I want my students to develop a passion for our legal system. That passion will make them better paralegals and better citizens. I want them to learn the importance of deadlines, ethics, good writing and hard work." - Linda Jenkins 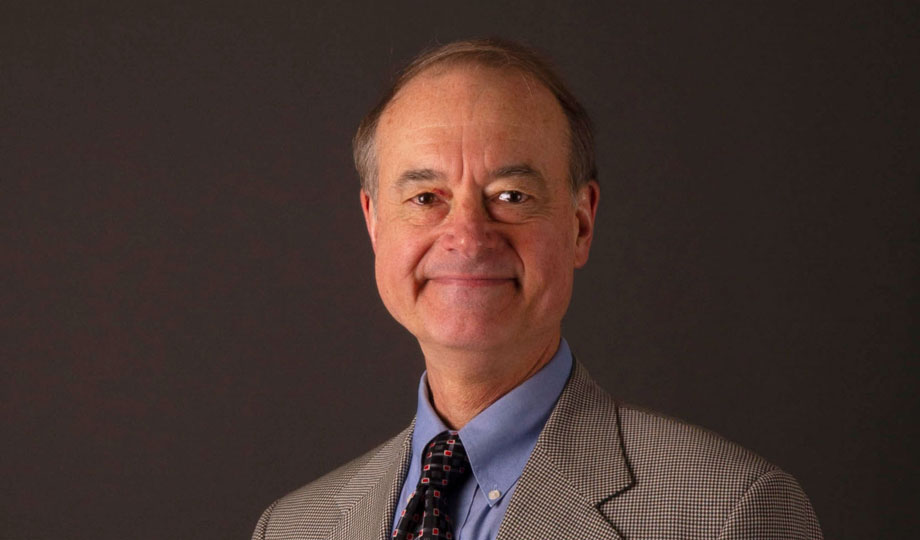 "Our students invest time and money and hope in the training we offer. I am inspired to make that time the best hour of their day." - Capper Grant