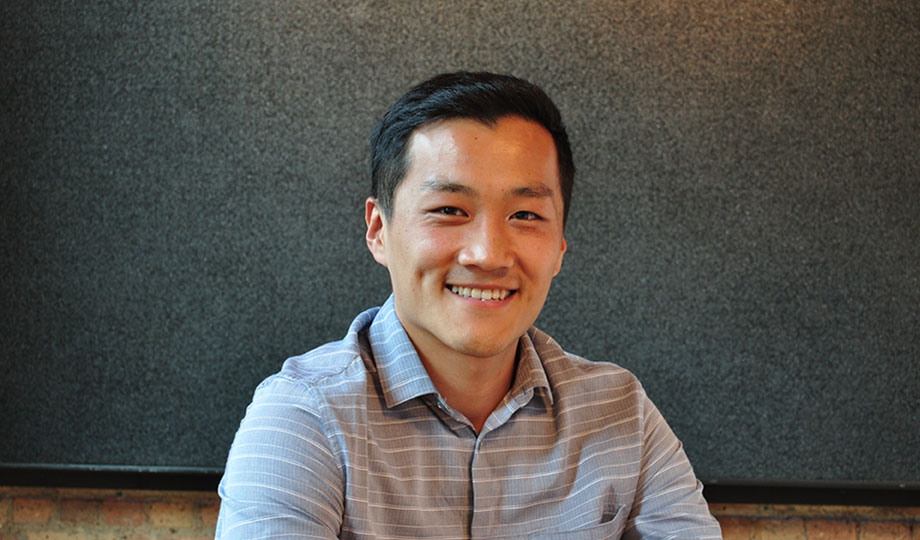 Geunho Song knew he would attend College of DuPage after high school. But he didn't know what major to select.

“In high school, I didn't worry about which university to apply to because I knew I wanted to do the same thing that my sister did, which is to spend two years at COD and finish my last two years of undergrad at a university,” he said. “Unlike my sister, who transferred to Georgetown University, I didn't know what I wanted to be in the future. So, I randomly picked some business classes.”

His sister suggested speaking with Counseling, Advising and Transfer Services, and when it was discovered he liked buildings, Song investigated the Architecture program.

“I still think about the first conversation I had with Jane Ostergaard, coordinator of the Architecture program, in the summer of 2008,” he said. “I remember the conversation had me imagine my architectural career beyond COD and more. From that conversation, I basically knew where I was going to end up if I went through this program the right way.”

Song not only finished the program, earning his Associate in Applied Science in Pre-Architecture, but he transferred to the University of Illinois at Urbana-Champaign and earned his bachelor’s degree in Architectural Studies. He then completed his Master of Architecture degree and currently is working for an architectural firm in Chicago.

In addition to his studies, Song discovered that three of his pieces from his College of DuPage classes were included in the textbook “Architectural Drawing”: drawings of the Barcelona Pavilion and Barcelona Chair in the “Light, Shade and Shadow” chapter, and renderings of the Chicago Visitor’s Center Pavilion and his Chicago Inspiration project in the “Presentation Formats” chapter.

“The author who selected my drawings found something that could help him to communicate his ideas, so I’m happy to be included,” he said. “I really feel lucky to be picked and am honored to know that my drawings help others to learn. It gives me the confidence in studying architecture and in being a leader.”

Song thanks College of DuPage for developing his talents. In fact, he returned to COD as a part-time instructor for several years and recently obtained his architectural license.

“COD’s Architecture program and faculty members helped me find my own creative voice in my own work,” he said. “I was not a good student throughout K-12. I didn’t like it and I did the very minimum to get through school requirements. The Architecture program got me closer to education and learning. It was no more ‘I have to’ but ‘I want to.’

“COD helped me to achieve my personal goal, which was to transfer to a good university. But more than achieving my personal goal, COD helped me set goals in my life to go forward. I met my best friends Jon Shatswell, Nick DiCosola, Phil Svetich and Eric Wall in the Architecture program, and we transferred to UIUC together. COD has influenced my life more than I imagined and I can’t thank COD and everyone there enough.”