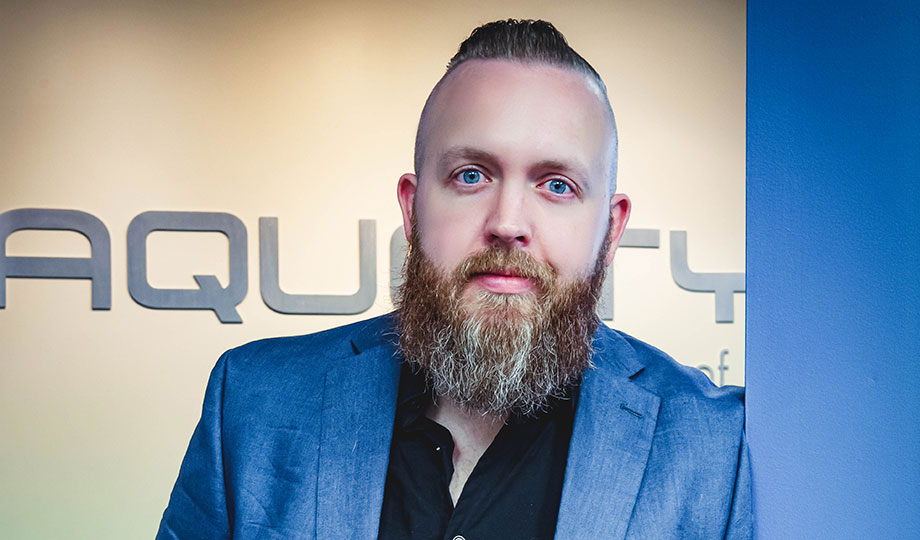 “The graphic design and digital animation teacher decided that a better use of my abilities and interests would be suited to his classroom as opposed to the trouble I was getting into,” he said.

After graduating from high school, Schroeder began attending College of DuPage and initially took a different career route. He became a certified sommelier, working for Michelin star restaurants in the Chicago area and as a chef, bartender and general manager.

But the grueling schedule of a culinary career wore thin. After opening one particular restaurant and spending more than 90 hours a week there, he switched gears and began managing a gun range and store, which led Schroeder back to his interest in computers.

“The place was stuck in the ’70s, with over 100 four-drawer filing cabinets and nothing electronic, not even the cash registers,” he said. “So I started a very long project of automating everything, storing documents digitally, setting up servers and cloud backups, as well as converting all the registers to iPads so that sales could occur anywhere in the store.”

Schroeder returned to College of DuPage to pursue a degree in Computer Information Systems. While at COD, he received several scholarships through the College’s Foundation, including the Paul W. and Katherine T. Hedburn Map Gap Scholarship.

He currently works as the head of the Cybersecurity division at Aqueity. His focus includes increasing security in specialized industries with governmental regulatory issues, and he has helped with federal regulatory compliance and law enforcement legal compliance as a technical director.

He also runs his own company, 5-10 Solutions, focusing on businesses that are open or at their peak hours between 5 and 10 p.m.

“Old friends in the restaurant industry were calling about their point of sales systems failing, websites and IT services costing way too much money, and asking if I knew anyone who could help,” he said. “I had been running restaurants for so long that whenever anything broke, I taught myself how to fix it. Having extensive knowledge in the industry, I felt confident in my ability to assist them.

“I started doing web development and cloud backups, handling media servers and point of sale systems. It was at that point that my knowledge base was growing to a place where I was much more confident due to the classes I was taking at COD.”

College of DuPage provided the best value as he juggled school with his career.

“While working a full-time job, owning my own tech consultancy company and taking classes, COD was affordable and it was easy to build my schedule,” he said. “The classes were challenging while still being realistic. Most of the teachers in the CIS program are currently or have spent most of their careers working in the computer field, and they understand from experience the issues that are prevalent in the industry.

“Regardless of your knowledge base, regardless of age, where you come from or any notions you have of what college is or your own past experiences, COD is a great place to start down a new path or further one you have already started on. Follow your passions and work hard – you can do it.”

More about the Computer and Information Science program