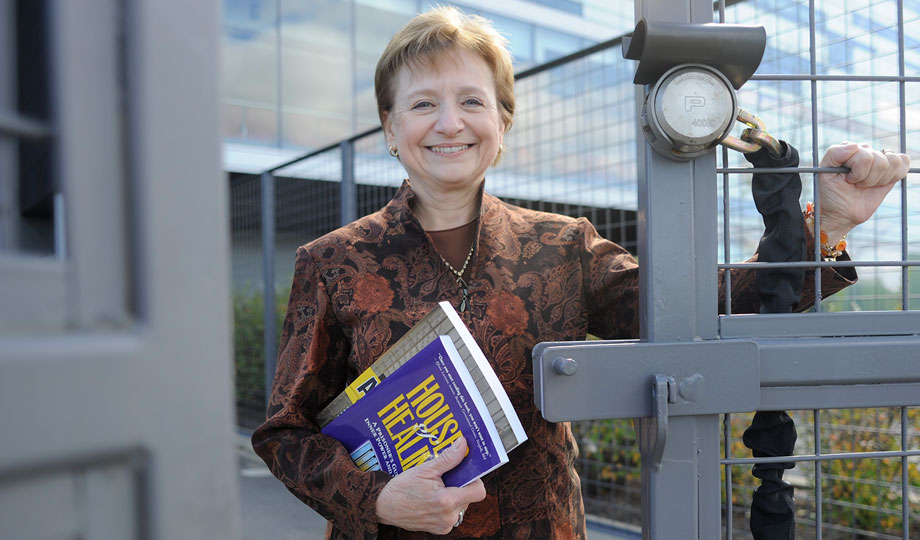 When she was 16, Susan Neustrom dropped out of high school.

“I really disliked school -- I disliked the subjects, I had difficulty studying and many of my friends were dropouts,” she said. “I felt that I was not as smart as the other students and I gave up.”

For 22 years, Neustrom worked in banking, starting as an entry-level employee and working her way up to assistant vice president. However, she wanted to transition into a career in social services, having volunteered at many organizations to help people in need.

The problem was that everyone assumed she had a degree, and applying for another job meant filling out an application that required her educational background.

“I was always embarrassed to talk about school and I did not want to tell anyone that I was a high school dropout,” she said. “I felt stuck because I did not want to lie on a job application about my education, yet if I was truthful, I felt I would be disqualified as a potential candidate for a position in a nonprofit organization.”

Neustrom had made several attempts to earn her GED but had a fear of taking the math test, because she failed math in high school. Finally, knowing that she wanted to work full-time in social services, Neustrom tried again.

“In 1998, 30 years after leaving high school, I took the GED Math test and the remaining tests at COD and I passed!” she said. “When I learned that I had passed, the staff cheered and applauded. I cried. I cried because I never realized that I could accomplish anything.”

Continuing her education beyond the GED was something Neustrom wanted to do, but she wasn't sure if she could.

“When I first took my GED tests, I was intimidated by the thought of being in college. I felt that I was too stupid to even consider it. So if I could just get a GED, I would be happy,” she said. “But everyone I encountered at COD was supportive and empathetic. I was not treated as an older adult trying to be a student. Instead, I was treated as an adult seeking knowledge.”

Neustrom saw an advertisement about COD’s Adult Fast Track program and earning an associate's degree in two years, so she contacted COD. But she was concerned about combining schoolwork with her own job, family obligations and volunteer work at a crisis pregnancy center once a week.

Because she never developed good study habits in school, Neustrom also worried about the rigor of the Adult Fast Track program.

“Instead, I found it easy to get into the swing of the program because of the structure,” she said. “My classes were pre-assigned, the textbooks were readily available, and the syllabus was distributed prior to the beginning of every class. I knew what was expected. The cohort model was very comforting because we supported each other, created study groups, and celebrated our success together.

After a six-month break from school, she applied at Argosy University to its doctoral program. In November 2010, she graduated with a Doctor of Education in Organizational Leadership.

In 2013, she stepped down from leading an organization to write her book, “The Comfort Zone Illusion: Leaving Your Comfort Zone Is Not So Hard After All.” Her book is for anyone who wants to make positive changes in their life and work and wants to break down the brick walls of “I can’t” standing in the way. Currently, Neustrom is Director of Foundation for Villa St. Benedict, a senior living community, and is also a speaker, positive psychology coach and adjunct professor at two universities.

Neustrom is grateful to College of DuPage for the education she earned and what it has helped her achieve.

“As a volunteer, I have seen first-hand the problems of diverse populations experiencing crisis pregnancy, domestic violence, cancer, poverty, homelessness, mental illness and unemployment," she said. "Before I began my educational journey, my voice was only a whisper, no one listened. With an education, I am empowered to speak, act and initiate change. Suddenly, I have a voice and people are listening.

“I reflect often on my experience at COD and realize that my life has changed dramatically since I obtained my GED. I am indebted to COD for supporting me when I needed to be supported and for giving me a solid foundation for pursuing further education. Thanks to COD, I no longer have a fear of failure because I was given an opportunity to succeed, accompanied by a team of supporters that included the COD staff, administrators, faculty and students.

“The lesson I learned from my experience at COD is that the value of education is not only what you learn in the textbooks. Book knowledge is great, but the real value of education is that it opens your mind to possibilities, allows you to reflect on your inner self, and helps you to discover your true potential and purpose in life.”