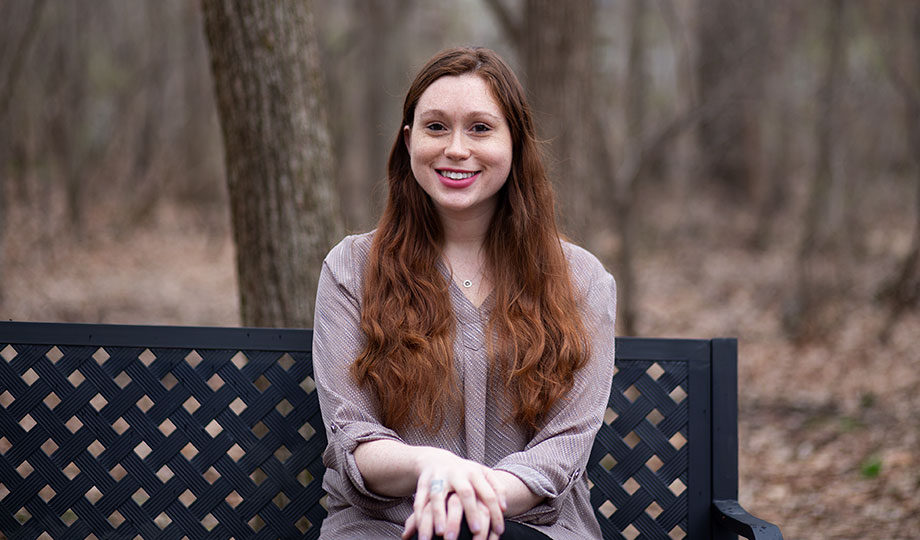 After graduating from high school in 2011, Leslie Morgan’s plans were to take the traditional route by attending a four-year university. What she did not realize then was that the next 10 years of her life would be anything but conventional.

She began her college career as a music major, attending University in Texas. However, due to unforeseen health issues, Morgan returned to Illinois after just one semester. A few months after being back home, she decided to continue her education and enrolled at College of DuPage.

As Morgan’s health improved, she began to question whether music was the right choice for her.

“I really enjoyed COD’s Music program,” she said. “But there were moments when I felt like I was on the wrong path. During my first stint at College of DuPage, I contemplated changing my area of study several times.”

After completing more than one year’s worth of credits, Morgan chose to transfer to a Bachelor of Arts program and began attending the University of Wisconsin-Whitewater (UWW). Unfortunately, as she continued with her coursework, her health took a turn for the worse and she knew she no longer wished to pursue music.

“That was one of the most confusing and difficult times in my life, and I knew I needed a change,” she said. “After just one year, I left UWW and moved to California, where I learned about myself and the person I wanted to become.”

One way in which Morgan achieved this was through reading and creating stories. After channeling herself through writing, which she had done for several years, she made an important discovery.

“I realized where my passions truly lie and that I wanted to make a career out of storytelling; I wanted to become a writer,” she said. “My confidence level changed after that.”

Returning to Illinois, her health finally improved, Morgan worked full time to support herself. When a new position gave her the opportunity to return to school, she jumped at the chance and came back to COD, only this time for English, where she discovered a comprehensive writing curriculum.

College of DuPage supported me every step of the way, solidifying my love for literature and applauding my drive to succeed.

One of her mentors was Associate Professor of English Trina Sotirakopulos, who saw Morgan’s potential.

“Professor Sotirakopulos suggested that one of the stories I had submitted for an assignment should be published as a children’s book,” she said. “Since then, I have been reaching out to publishing houses. Before studying with Professor Sotirakopulos, I never fully understood how extensive the process of writing, editing and researching suitable agents and publishers could be. Fortunately, the courses I’ve taken at COD have helped prepare me for this.”

Morgan earned an Associate in Arts and the Creative Writing certificate. In doing so, she was named one of the College’s Outstanding Graduate finalists. Since graduating, Morgan has continued to work full-time and is taking online courses at Southern New Hampshire University. She is less than a year from earning her bachelor’s in English/creative writing. After graduation, she hopes to pursue a career penning children’s literature.

As for her unusual path, Morgan would not change anything about it and appreciates the growth she experienced along the way.

“I’m so grateful for every wrong turn,” she said. “After a decade, I’ve learned more about myself through struggle than success. And College of DuPage supported me every step of the way, solidifying my love for literature and applauding my drive to succeed.

“I would tell anyone coming to COD to be patient with themselves; it’s alright to not have everything figured out. Dreams change and life happens. What really matters is that when you fall down, you make sure to pick yourself up again. That’s what a COD student does—they pick themselves up and keep striving. I am extremely proud to say that I am a College of DuPage graduate.”

Learn more about the English program at College of DuPage

Learn more about the Creative Writing program at College of DuPage