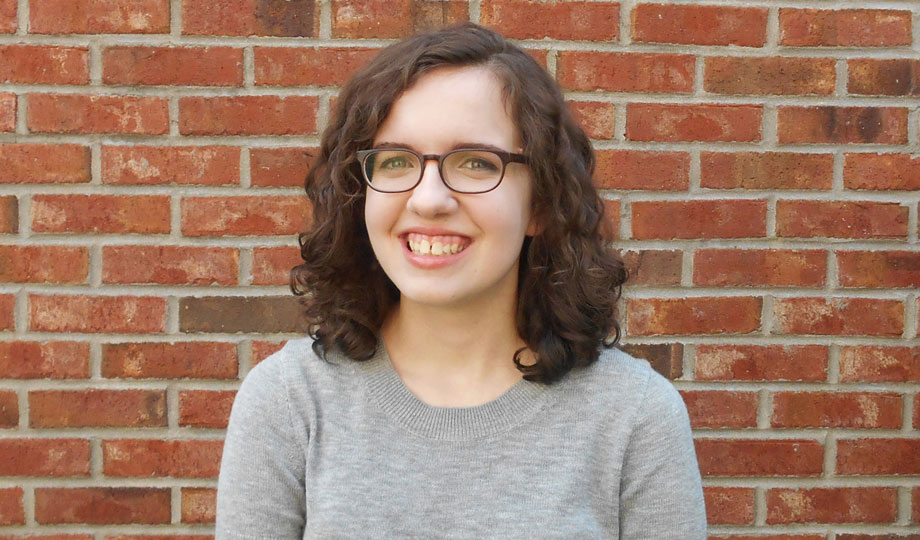 Stephanie Lemm’s family road trips began when she was a baby and became a cherished part of her childhood memories.

They also nurtured a growing interest in hospitality.

“Due to my own homesickness when I was little, I became fascinated by how a place can make you feel at home,” she said. “My goal since sixth grade has been to work for Disney because it is a benchmark organization when it comes to hospitality.”

Although she was admitted to several four-year institutions, Lemm chose College of DuPage for a variety of reaons.

“As my interest in the hospitality industry as an area of study was still indefinite, College of DuPage appeared as an institution at which I could better connect with faculty and the community, and thus find my unique point of view that I can carry with me in my future academic and career endeavors,” she said. “Amid financial changes in my family, the monetary savings associated with attending this community college were also undeniable. The experiences of one of my brothers, several relatives and some family friends showed that the resources and quality of education offered at College of DuPage make for a true value.”

Lemm pushed herself to get involved while at COD. For three semesters, her goal was to attend at least one College-sponsored cultural event per week, which gave her a better appreciation of everything COD offers as a community college.

She also was a member of Phi Theta Kappa and the Honors Student Advisory Committee, for which she first was the Social Media Coordinator and then was elected president.

“This allowed me to apply and strengthen my skills in facilitating teamwork, acting as a liaison between students and the Honors Faculty Advisory Committee and helping to professionally organize events in a manner that corresponded to my studies in the hospitality management sector,” she said.

One of her most memorable experiences was working on and sharing her work in Professor Timothy Henningsen’s English Compsition II course that consisted of contributions to Wikipedia’s “Educational Entertainment” article. The project resulted in her being interviewed and profiled for a post on the Wikipedia Education Foundation blog.

“Not only was I able to translate my proliferating knowledge on the research process in real time to a constantly evolving encyclopedia and communicate with other editors, but I extensively journaled my progress on my personal blog that originally launched for an English Composition I project,” she said. “To be showcased later on the Wikipedia Education Foundation blog bolstered my pride in my work and provoked my confidence to conduct other research projects for my personal enjoyment.”

Her time at COD helped Lemm reach her childhood goal when she participated in the Disney College Program at Walt Disney World. She honed her guest service skills while working in EPCOT’s Park Arrival Merchandise department. This led to a personal research project evaluating and comparing the 1933-34 World’s Fair and the Disney parks.

In 2019, Lemm earned an Associate in Applied Science degree in Hospitality Management and the Hospitality Foundations certificate. In doing so, she graduated with highest honors and was named one of the Outstanding Graduate finalists. She also was recognized for Academic Excellence by Discipline for Hospitality.

Lemm then finished her bachelor’s degree in Hospitality and Tourism Management through the College’s 3+1 program with Roosevelt University, where she was a research assistant and enjoyed an internship with the Office of Events at Newberry Library. She also was a research intern for Trade Show Executive magazine.

Her goals include earning a master’s degree and a Ph.D., all in the hospitality field, while continuing to develop her skills in writing and research. Lemm hopes to gain experience and hold leadership roles in the hotel management and tourism industries, with a focus on boutique and historic properties. She would like to focus her research on sustainability, human resources and history as they relate to the hospitality industry of the past, present and future.

“By doing so, I believe that I can make the positive influence that I want to see on the operations and the staff, guests, environment and other stakeholders that are all so critical to the sector,” she said. “As I had not even been aware of this potential path when I first began at College of DuPage, I am beyond grateful to the institution and its faculty and staff for guiding me to this course of action that continues to excite me.”

Lemm encourages students to think about what they want from their college experience and take advantage of what COD offers.

“College of DuPage was the best choice for where I was and where I wanted to be,” she said. “Based on my self-reflection after my first year here and the actions I subsequently took, I would recommend that prospective students immerse themselves in the extensive offerings of this community college, both inside and outside of the classroom setting. To attend COD is to give oneself a wonderful, efficient base at which to engage in discovery on personal and external levels, and potential students should not be afraid to harness the occasion.

“I thank all of the professors I was lucky to have while at College of DuPage for their support, belief in me and motivation that pushed me to expand my capabilities to extents that I had not dared to explore in the past.”

More about the Hospitality program