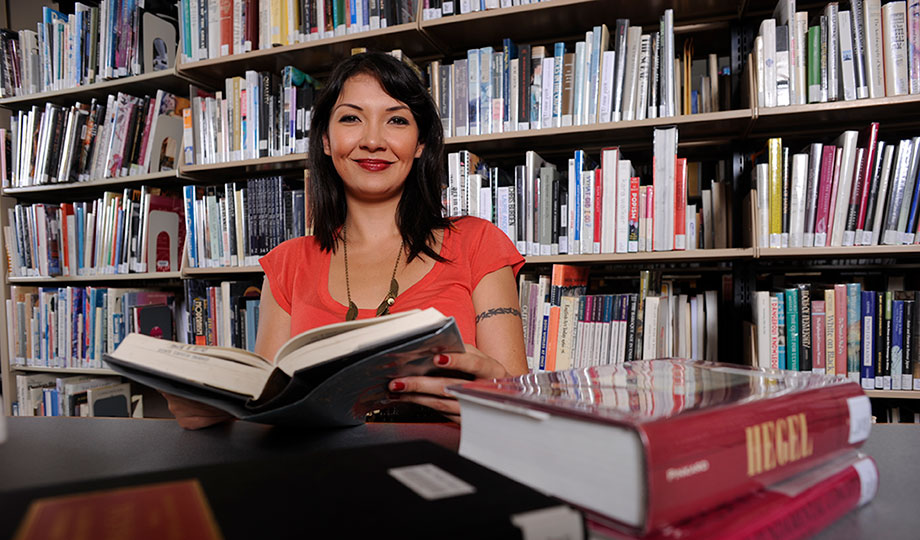 Jessica LaPlante credits her educational drive to her mother, who met and married her father while he was serving in the military in Korea.

“She impressed the value of education on me and my sister,” LaPlante said. “She came to the U.S when she was 18 with a third-grade education. That drove her nuts, because she felt she could accomplish much more. So she began attending the local community college in Seattle and earned her GED. She eventually obtained her master’s degree from Northwestern University.”

However, LaPlante’s father died when she was 16, and her education suffered while she stayed with various family members.

“I was a terrible student with a dismal GPA, and survival was more important,” she said. “With no real feeling of home, I decided to take care of myself.”

She began working odd jobs, improving her status as she moved from job to job. LaPlante eventually landed a position in communications and contract administration for a supply chain management and logistics firm in the state of Washington that was subcontracted through Boeing.

But after spending three years in the position, LaPlante couldn’t shake the feeling that something was missing.

“I just knew I needed to go back to school, so I resigned,” she said. “Although I didn’t have a plan, my mom – who was living in Wheaton – called and said I could stay with her. So I enrolled full-time at College of DuPage.”

LaPlante was surprised by the high caliber of COD’s faculty members. It was while completing a philosophy course with Professor Kent Richter that she discovered her passion.

“I used to have quite a few late-night conversations with friends involving meaning and purpose and value,” she said. “I had no idea that what I was probing was actually an educational discipline. In Dr. Richter’s philosophy course, I watched him unfold and unpack these concepts so comfortably and humbly. I knew I was meant for this.”

She was equally influenced by Professor Alex Bolyanatz, who was likewise impressed by LaPlante.

“Jessica enhanced the classroom experience for everyone,” Bolyanatz said. “She has the talent and the motivation to succeed beyond her baccalaureate and graduate school work.”

In 2011, LaPlante received the prestigious Jack Kent Cooke Foundation Undergraduate Transfer Scholarship, the largest private scholarship for two-year and community college transfer students. She was one of 63 students nationwide to receive the scholarship and the fifth COD recipient in the school’s history. The scholarship consists of $30,000 annually to cover educational expenses – including tuition, room and board, books, and fees – for the final two or three years as the student completes a bachelor’s degree.

“I would like to encourage students to research and take advantage of scholarship opportunities. It has certainly paid off in my own case, as the Jack Kent Cooke Foundation enabled me to pursue undergraduate and graduate work debt-free while offering a supportive community to help keep me on track,” she said. “It is worth the time and effort invested in looking, even in the face of discouragement. It’s also helpful to note that College of DuPage offers resources through their financial aid department for students seeking scholarships.”

She is now teaching Philosophy at College of DuPage, building on the inspiration of those who have taught her.

“It is a privilege to help shape the concepts that your students will carry with them throughout their lives,” she said. “I’ve had a great experience at College of DuPage. I feel genuinely supported and encouraged by the people I have met here.”

More about the Philosophy program