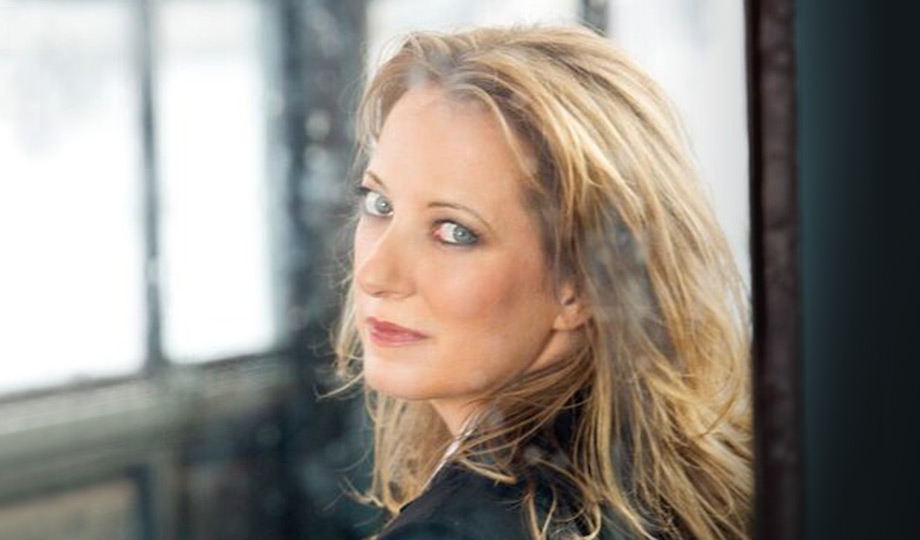 “It’s tough when you want to do something off the beaten path. I was a late bloomer in terms of figuring out my direction,” she said, “although the desire to study music has been with me since I was a little girl. It wasn’t until after I finished my undergraduate degree in music and had a couple years away working in the ‘real world’ that I decided to move forward and pursue music professionally, which, for me, meant first completing graduate degrees.”

With a bachelor’s degree in jazz performance from Benedictine University, Kirsten took time off from school before pursuing her master’s degree in composition from Roosevelt University.

“I just kind of woke up one morning and wanted more,” Kirsten said. “When I was at COD, I wrote a piece for the choir and they performed it. I think that experience was really important to my development as an artist.”

Right from the start at COD, Choral Director Lee Kesselman said Kirsten’s unique and individual voice as a composer stood out.

“It gives me such a great joy to watch Amy Beth’s development,” he said. “Her doctorate from Peabody Conservatory is its own major feat. In addition, the high-level commissions, awards and residencies, as well as the new music she is creating are truly remarkable. All of us at COD are so very, very proud of Amy Beth and count her among our most prized alumni.”

Kirsten recently completed her Doctorate of Musical Arts in Music Composition from the Peabody Conservatory of Johns Hopkins University, one of the most prestigious music schools in the country. With her doctorate now complete, Kirsten is currently focusing on the creation of new music. She has participated in several music festivals, earning respect from her peers and commissions for a number of new works.

I was lucky to have experiences early on in my development, like at COD, which gave me the confidence to keep going.

In 2011, Kirsten was one of 180 people from 3,000 applicants to receive a John Simon Guggenheim Foundation Fellowship during its 87th annual competition. During her 12-month Guggenheim Fellowship and Levy Supplemental Stipend for music composition, she composed “Colombine’s Paradise Theatre,” a large work for the Grammy-winning ensemble eighth blackbird. In 2014, “Colombine’s Paradise Theatre” received its Chicago premiere at the Museum of Contemporary Art and its New York City premiere at the Miller Theatre.

Kirsten also was commissioned by the American Composer’s Orchestra to write a piece for them and The Crossing, an adventurous vocal ensemble, called “strange pilgrims.” It also was her Carnegie Hall debut.

She began the 2017-18 season collaborating with the Chicago Symphony Orchestra’s MusicNOW series to create “Savior,” an evening-length work of composed theater for three singers, flute, cello, percussion, lighting and sound design that premiered at the Harris Theatre in Chicago. The work, a mystical retelling of Joan of Arc, brought together musicians and artists from HOWL, Kirsten’s own ensemble, and was named one of the 10 best classical concerts of 2018 by the Chicago Tribune.

In 2019, multiple Grammy-nominated pianist Nadia Shpachenko released the CD “Poetry of Places” featuring the world premiere recordings of several new works inspired by architecture. It included Kirsten’s “h.o.p.e.,” which is inspired by the American Visionary Art Museum in Baltimore.U.K.-based pianist Adam Swayne released the CD “(speak to me)” on Coviello Contemporary label featuring Kirsten’s titular work for vocalizing pianist. She also was a guest lecturer at the Royal Northern Conservatory of Music in Manchester (U.K.) and gave the presentation “The Performing Body as Musical Mask,” which focused on her music-driven theatrical work.

Kirstin received a Chamber Music America commissioning grant and composed a 25-minute work for New Thread Quartet (saxophones), and Alarm Will Sound commissioned her to compose “Jacob in Chains,” a music-driven theatrical work for chamber orchestra, actor and 3D-film-mezzo-soprano that had its world premiere in December 2020.

In addition to composing, she joined the faculty of The Longy School of Music of Bard College in Boston in 2017 and teaches composition. She also was appointed to the composition faculty at both The Curtis Institute and The Juilliard School.

Upcoming in 2023 is the world premiere of “Little Things Lost,” commissioned by Chamber Music America and Icarus Quartet. She is also the December 2022 Koussevitzky Commission winner and will compose an 80-minute work for Sandbox Percussion Quartet.

Her many accolades include being recognized by the College of DuPage Foundation as one of eight honorees for the inaugural COD Distinguished Alumni Award.

With the early support of her parents and the COD music faculty, Kirsten has realized a childhood dream.

“I was lucky to have experiences early on in my development, like at COD, which gave me the confidence to keep going. It’s really the joy I find in the music itself that keeps me motivated,” she said. “When you find something that makes you so happy and stimulates your intellect - and you feel you have something to contribute - it’s impossible to resist.”