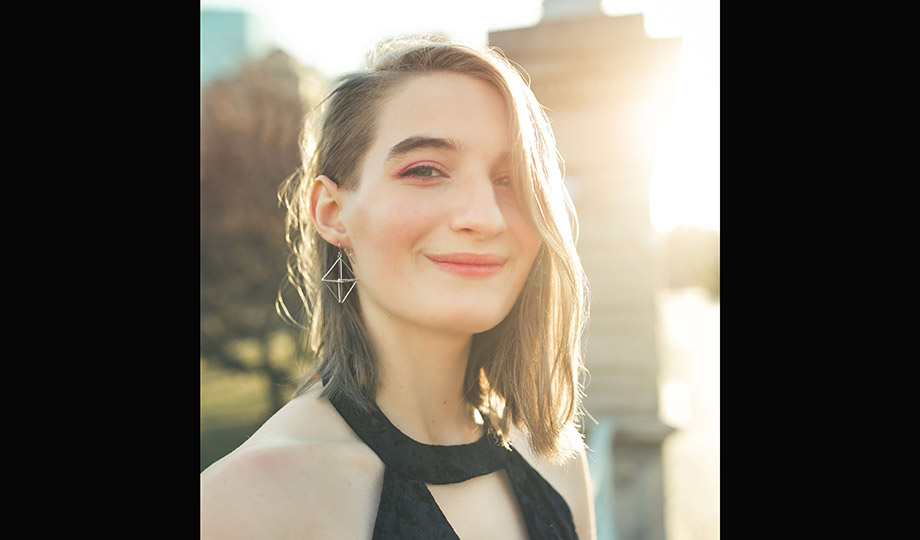 Bella Kelly was born into music.

“Everyone in my family is a musician,” she said. “I’ve found that writing music is the easiest way for me to process things. Even when I was very young, singing about what was happening helped me understand and come to terms with things long before I started writing everything down.”

Attending College of DuPage made sense financially and academically for Kelly. She was named a Presidential Scholar, which includes full tuition and enrollment in the Honors program and Phi Theta Kappa.

“I highly value the ability to well-educate myself without crazy debt. It’s been an amazing gift,” she said.

While at COD, Kelly had the opportunity to participate in a study abroad trip to France, which she considered the best experience of her life.

“One of the reasons I'm drawn to the French language and culture is because my favorite musical time period is undoubtedly 1800s France, when Impressionism and Romanticism were at their peak. Paris was the capital of the art world,” she said. “Getting to stay with a French family and being fully immersed in French culture and meeting people from all over the world gave me a new perspective on our country and my place in the world.

As part of her studies, Kelly wanted to give a short recital playing one of her favorite pieces, The Sonata for Violin and Piano in A Major by Cesar Franck. By coincidence, an annual festival celebrating music, La fête de la musique, was happening during her stay. The Bordeaux branch of the Alliance Française worked with Kelly and her COD professors to organize a recital at the school for the morning of the festival.

“It was the most incredible musical experience of my life,” she said. “I got to share one of my favorite pieces and perform for people from all over the world. I still can't believe I actually did that. It’s crazy! I never thought I would get a performing opportunity like that.”

Kelly is now at the Berklee College of Music in Boston, where she is pursuing a degree in songwriting and violin performance. Her goals include having a 10- to 15-year performing career as a singer-songwriter, after which she would become a film composer and then a college professor.

Her advice to students attending COD is to take advantage of every opportunity, whether through Study Abroad or one of the many other programs. Kelly also encourages students to look for scholarships to help with the cost.

As for herself, she would like to be a student forever.

“I loved being in classes at COD with people of all ages,” she said. “I hope when I’m retired, I come back and take classes and keep learning about everything.”