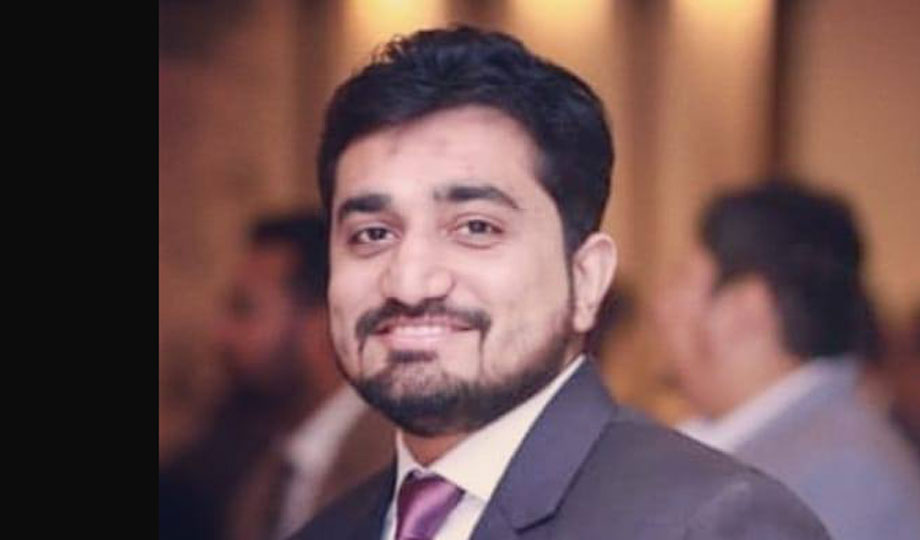 Ahsan Javaid has faced more than his fair share of adversity, and he is using those experiences to inspire others.

A native of Sialkot, Pakistan, Javaid was diagnosed at 11 years of age with Acute Lymphoblastic Leukemia (ALL), a fast-growing form of cancer that affects the blood and bone marrow. The diagnosis was followed by a lengthy stay at the Shaukat Khanum Memorial Cancer Hospital and Research Centre in Punjab, Pakistan, more than 100 miles from his home. Javaid spent five years at Shaukat Khanum under treatment for the illness, avoided by friends and some family members who believed that cancer is contagious.

“In Pakistan, if you say you have cancer, it destroys your social life,” Javaid said.

During his treatment, which included painful spinal injections, he withdrew from school and completed his middle school examination as a private candidate. After being declared cancer free, he returned to school, but because of his classmates’ misconceptions about cancer, he spent much of his time there seated alone in the classroom. Javaid was also discouraged by many people who told him that he was wasting his time and his parents’ money because he would likely die of cancer soon.

Despite this discouragement, he earned a bachelor’s degree in commerce from the Hailey College of Commerce at the University of Punjab. While earning his degree, he spent his free time and vacations at Shaukat Khanum Memorial Hospital, this time as a volunteer.

“Through my experiences and having survived cancer, I felt that I was specifically selected by God to inspire and give hope to others,” he said. “I needed to encourage the patients to pursue their education and to let them know that they can achieve anything they put their minds to.”

After graduating university and ready to enter the workforce, Javaid still faced discrimination and discouragement, this time from prospective employers who were afraid to hire him because he had cancer.

“Those employers didn’t see qualifications,” he said. “They only saw that you’ve had cancer.”

Eventually, Javaid returned to Shaukat Khanum Hospital, where was hired as a marketing support officer. His skills, ambition and expertise led to a promotion after only six months as a selection coordinator in charge of six major cities.

Javaid attended College of DuPage through the Community College Initiative (CCI) program, a U.S. Department of State grant program that supports students for one academic year in the United States. Through this program, students from across the globe enroll in academic courses, participate in professional development and engage in community service while they gain perspective on American society, culture and institutions.

One of only 79 nominated applicants to participate in the CCI program in Pakistan, Javaid almost missed the opportunity because he was hit by a car while riding his bicycle. The resulting life-threatening injuries put him in surgery for six hours and kept him in the hospital for three weeks, without access to email and, consequently, the notification that he had won the grant award.

While at COD, Javaid pursued certificates in consumer marketing and organizational leadership. He was pleased with his experiences at COD and found the hands-on approach offered a substantial contrast to his studies at university in Pakistan.

“COD was so awesome; I loved it,” he said. “The instructors were very friendly and really wanted you to succeed. At University, the instructors were strictly focused on following the textbook and the transfer of information. At COD, the instruction was more hands on; you really had to apply what you learned.”

“I want to dedicate my achievements to some wonderful people – Mr. Hashem Helmi, my social host; Ms. Nicole Plumtree, the program coordinator when I was at COD; and the Field Studies department staff members.”

After completing his studies at College of DuPage, Javaid returned to Pakistan and currently is the Assistant Manager of Franchise Operations at Shaukat Khanum Memorial Cancer Hospital and Research Center in Lahore, where he is responsible for sales in multiple cities. He recently celebrated five years of service with the organization. In 2018, he was responsible for marketing and promoting the 17th Shaukat Khanum International Cancer Symposium, leading a team of Symposium Ambassadors from different colleges and universities. He also works as a volunteer with the rehabilitation of cancer patients and is involved in a variety of community service projects.

In 2020, he worked on COVID-19 testing services to make sure the operation ran smoothly. Javaid also tested positive for COVID which, considering his health background, was cause for concern but he recovered and was back at work.

Javaid’s advice for cancer survivors and others who are faced with adversity is two-fold.

“First, do not stop pursuing your education,” he said. “Earning an education is the best opportunity to prove that a cancer patient can do anything. Second, make your own dreams, convert them into definite goals and then behave and think as if you’ve already achieved them.”

Javaid added that service to others is the key to happiness for anyone, no matter what circumstances they are in.

“Life is not just to live; it’s to live for others,” he said. “Living to help others gives you much more pleasure than anything else.”

More about the Business/Management/Marketing program