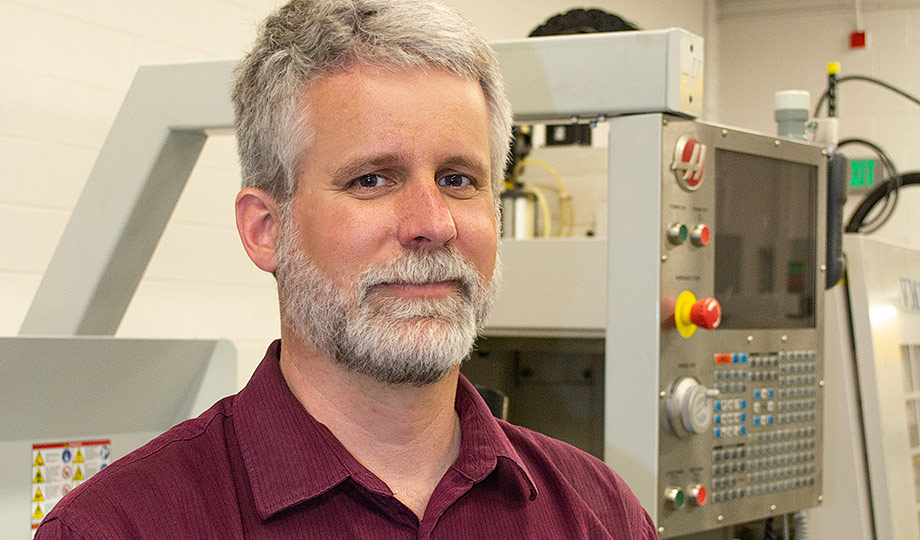 He first started at COD in the 1980s because he didn’t want to enroll in an engineering program at a four-year school due to the amount of math he would need to study. He initially wanted to be a draftsman, but after working as an aid in the CAD lab, he realized that wasn’t the right career.

“About that time, I was taking a CNC (Computer Numerical Control) class. I got to work with computers, which I liked, and not just make a drawing but the actual part,” he said.

“Bob Johnson had just retired from COD and was working at Dynagear, and they were looking for some part-time help. He reached out to Roger Jacks, my drafting teacher, who told me to apply,” he said. “With the CNC classes I was taking and Bob’s help, I started writing programs for Dynagear.”

After earning his associate degree, Fultz could no longer be a lab aid, so he was asked to teach a class. At one point, he was teaching part-time, working part-time and taking classes at Governors State University.

“I get to work with machines that cost more than a house, computer software that is more expensive than a car and make parts that have tolerances smaller than a human hair,” he said.

Learn more about the Manufacturing Technology program at College of DuPage