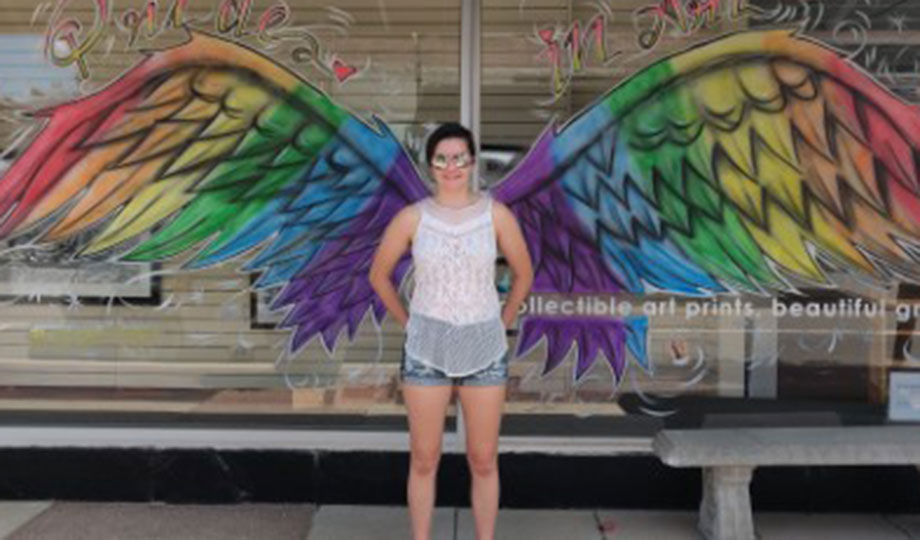 Sylvia Morna Freitas knew College of DuPage was a great school when she decided to attend.

“I grew up in this area and I’ve been going to COD’s campus for years,” she said. “I knew I wanted a four-year degree, and starting at COD was part of my plan to cut down on college debt. I could attend for two years and then transfer to finish out my degree.”

She also was named a Presidential Scholar, which provides full tuition to high-achieving students.

“Honestly, getting this award was a huge weight off my shoulders, both financially and mentally,” she said. “The scholarship helped me out immensely by alleviating the financial pressure of attending college. I was able to attend school full-time and only work part-time, which greatly reduced the amount of stress on my schedule because I wasn’t stretched as thin.”

Morna Freitas would like a career in international relations, an interest that began when she was a freshman in high school taking an AP Human Geography course.

“You study different groups of people, their cultures, the events that caused them to shift and evolve,” she said. “In the modern world, a lot of migration is caused by conflict and lack of resources. I started studying refugee crises around the world on my own time, and that led me to different complexities in international relations. From there, I pretty much became enamored with the whole subject, and I knew it would be my life’s passion.”

Adding to her knowledge base at COD were classes in religion and philosophy. Because of her proficiency in these areas, she was recognized for excellence by the Religious Studies/Philosophy faculty during the annual Celebration of Academic Excellence.

“Religion and philosophy are often huge components of a culture. So learning about a group’s religion provides a unique perspective on how people live and why they live that way. That sort of anthropological understanding can give you a lot of context on current events, which is where my interest in it lies.”

After transferring and earning a bachelor’s degree in International Affairs/Relations, Morna Freitas would like to focus her career on cross-national environmental sustainability.

Her advice to students who want to start their paths at COD is to just do it.

“It’s a great place for people fresh out of high school and for nontraditional students,” she said. “For example, I was able to tailor my schedule to fit around my work schedule—but be prepared to break out the coffee if you’re taking a night class. In addition, COD offers higher education at an affordable rate. Whether you’re getting a two-year degree or planning for more, starting at COD can save you tens of thousands. Also, don’t be afraid or intimidated to apply for scholarships. Apply! Apply! Apply!”