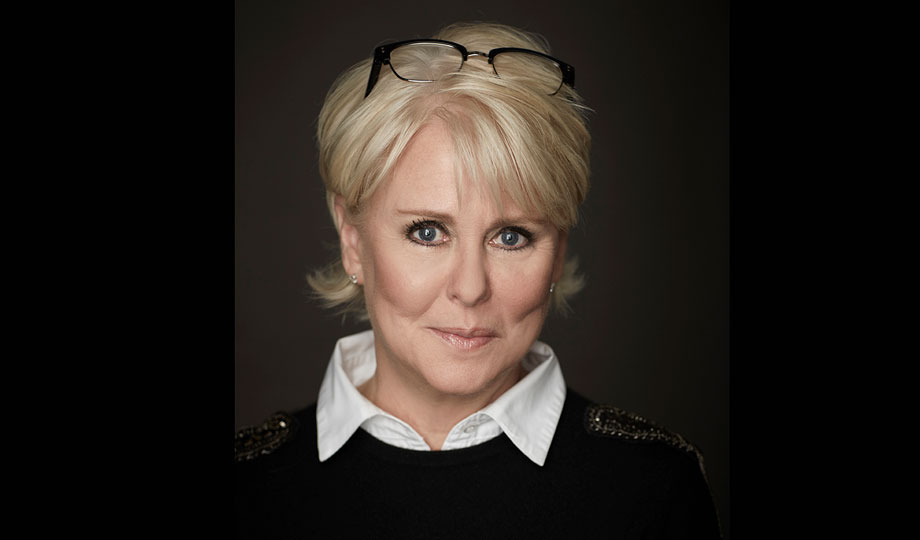 Growing up during the 1960s, Peach Carr would dream of being the fashion supermodel Twiggy and later wanted to design for her.

Carr learned how to sew in the fourth grade when she joined 4-H. She would visit a neighbor, Mrs. Murphy, who gave her lessons for four years.

“Mrs. Murphy was so patient and kind,” she said. “She was a beautiful seamstress and tailor and I did like going to her house. At the time, I didn’t completely care for it and never seriously thought of doing it for a profession.”

When it came time to select a career, Carr took a unique approach when visiting her high school guidance counselor.

“I went to the College of DuPage rack, spun it around and randomly pointed at the X-ray program guide,” she said. “That’s the degree I ended up earning at COD.”

Carr worked as an X-ray technician for 12 years, first at Mercy Center in Aurora and then at Central DuPage Hospital. But she never stopped dabbling in fashion and made clothing for her daughter and for her friends’ children.

When the TV show “Project Runway” first started, Carr didn’t start watching until hearing about it from her sister. Starting with Season 3, Carr became hooked. After Season 6, her daughter filled out an application for Carr and submitted it, which prompted a call back from the show.

“I went through whole process,” she said. “I had to make seven women’s dresses, but I had never made women’s clothes before. (Host) Tim Gunn said I was not ready yet and said I should come back the next year, which is what I did. During that year, I learned as much as I could. I needed to send sketches, so I said to my daughter, ‘Teach me how to draw.’ I had never draped a dress before, so I went to YouTube and learned.

“I sailed through the auditions the next year and got the call three days later. Before leaving, I promised my family that I would watch my language and when I got eliminated, I would leave with grace. I cried the whole way there on the plane because I felt so over my head.”

Carr was featured during Season 8, and while she didn’t win the competition, she became a favorite and was invited back for All Stars Season 2.

“Tim Gunn and I always had a different relationship,” she said. “He kept saying, ‘I don’t think you know what you have.’ He thought I could have a career. And that was the most important thing to me. I wasn’t there to be on TV. I wanted to see if this was something I had or wanted to have. I cannot express how much was given to me, and I feel like I was given new life at 50.”

Carr has since opened her own business. With her style dubbed “Country Club Chic” by Gunn, she finds inspiration from her childhood in the music, art and vibe of the 1960s and 1970s, from her childhood favorite Twiggy to Edie Sedgwick. Notable clients include actress/writer Nora Dunn, Linda Yu, Leanne Trotter, “Real Housewife of New York” Alex McCord, and “Real Housewife of New Jersey” Dina Manzo.

“I have great client base, business is great, and I travel all over the country,” she said. “I’m happy with where I am. I try and tell newbies not to jump at the biggest stores for jobs. Instead, make informed decisions and call people who have done it.”

Although she graduated from College of DuPage with a degree in health care, Carr has returned to work with students in the Fashion Studies program. In 2017, she was named one of the College’s Distinguished Alumni.

“It is so great to come back to COD and tell students, ‘I’ve been in your shoes,’” she said. “College of DuPage is a great jumping off point or a great finishing point. There’s amazing instruction here, there’s great support, and I can pass on little tiny pearls of wisdom and guide the students. I like helping to nudge them forward.

“I was so terrified when I changed careers but I took a leap of faith. I am grateful to pass on my support to the students. If they look back and say, ‘She made a difference,’ then they can make a difference and pass it on.”

More about the Fashion Studies program