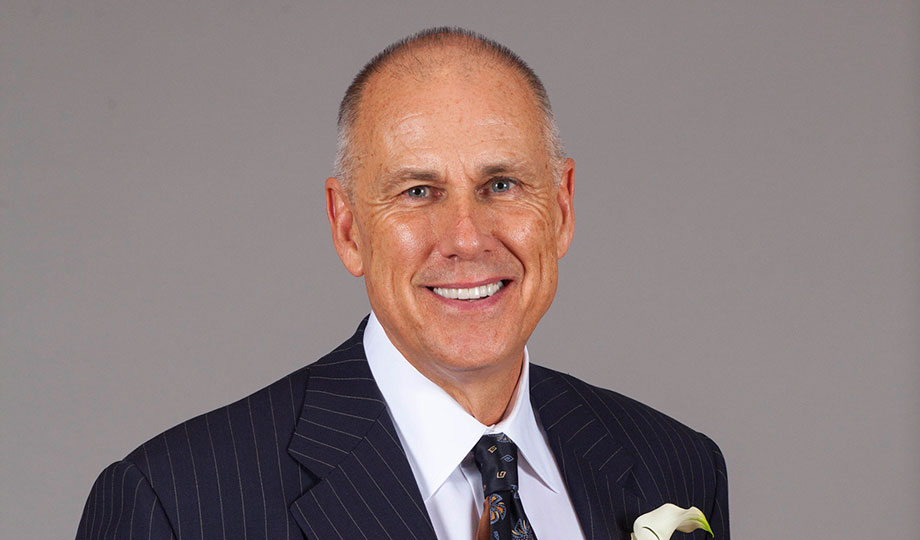 As a boy, Dennis Barsema attended Big Woods School, a one-room schoolhouse on Eola Road in Aurora. In sixth grade, he moved to Indian Plains School, from which he graduated a few years later as one of 14 students.

Then came high school, and the experience was overwhelming.

“The transition was traumatic, and I felt like a fish out of water. I knew nobody, and all I did was go to school, play basketball, and go home,” he said. “When it came time for college, I honestly didn’t feel ready academically or even maturity-wise to go to a big school. I needed smaller class sizes, and College of DuPage had the proper sizes that I needed to be successful as a freshman and sophomore.”

The learning environment was one of several reasons Barsema came to College of DuPage. Another was familiarity – his mother, Linda, was an administrative assistant to John D. Paris, Dean of Students and then Vice President of Operations. Barsema also could continue to play basketball. He knew he wasn’t good enough to play at a Division I school but could at COD under then-coach Dick Walters. Finally, he was impressed with the College’s reputation.

When it came time to choose a major, Barsema defaulted into business.

“I really was not sure what I wanted to go into,” he said. “While my Dad taught my older brother to fix cars and to build barns, I was playing sports and messing around with horses, so I had no particular trade skills.”

What he did discover at COD were leadership opportunities, and these served him well when he transferred to Northern Illinois University. It also helped him face one of his problems: stuttering.

“I was playing basketball at the rec center and a couple of guys were talking to me. They wanted me to check out the Sigma Alpha Epsilon fraternity, which I did end up joining,” he said. “A year later I became the new fraternity president. This gave me the inspiration to realize that I could be a leader, and it gave me the initiative to get the help I needed.”

After earning his bachelor’s degree, Barsema started in sales at Burroughs Corporation (now Unisys) and eventually held his first management position as a branch manager. He then spent 10 years with Paradyne, eventually becoming vice president of sales. As his career progressed, he looked for positions that would eventually lead him to achieve his career goal.

“I always encourage students to build a career roadmap, because I did the same thing,” he said. “At the age of 25, I decided I wanted to be chief executive officer of a high-tech company in Silicon Valley by the age of 45. And I had to ask myself, ‘What do I need to do to get there? What do I need on a resume to do that in 20 years?’

“I talked to every CEO I could and asked what I should do. The advice I received was invaluable. One CEO said if I was going to be in sales, then I should become a sales manager. Then I was advised to become a manager in areas other than sales. Then I was told to gain experience in management internationally.”

Barsema did indeed achieve his goal by the age of 42, becoming CEO of Redback Networks, a startup telecommunications firm in Silicon Valley. Barsema led Redback to a successful IPO on Wall Street.

In 2014, Barsema was honored by the College of DuPage Foundation as one of eight honorees for the inaugural Distinguished Alumni Award. He looks back on his time at College of DuPage and appreciates the many leadership opportunities he received.

More about the Business program