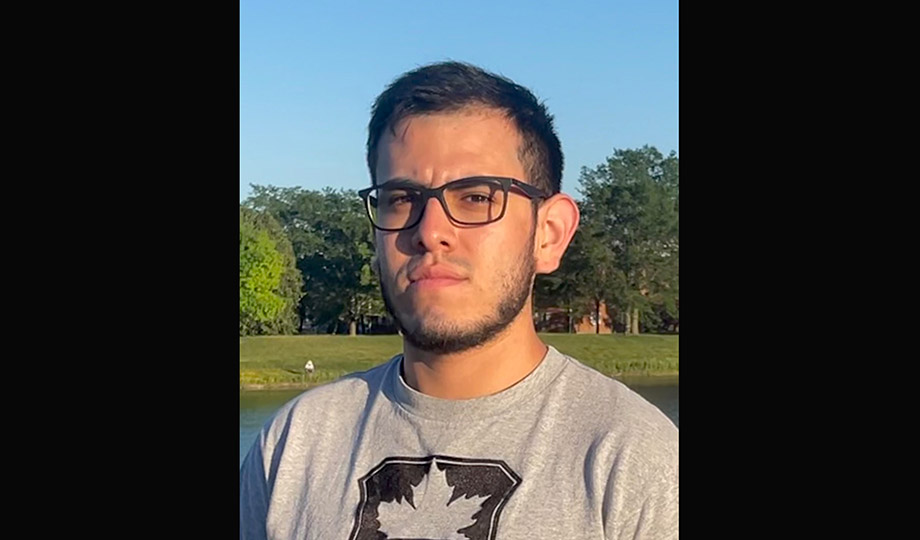 When he was a child in Bolivia, Felipe Arias greatly admired his father, an electrical engineer.

“I would attempt to help him fix appliances while he explained how things worked. The seemingly magical functions of circuit components were and still are fascinating,” he said. “Being raised by someone with an understanding of math and science inspired me to excel in those subjects. I wanted to be able to understand the world around me as well as he did.”

When it came time to select a college, Arias—who came to the U.S. with his family when he was 12—was impressed with the Engineering Pathways program at College of DuPage, which guarantees admission into his dream school, the University of Illinois at Urbana-Champaign (UIUC). He also liked COD for its small class sizes and reasonable tuition, and it was the only school that allowed him to work, study and live with his family.

Arias also was awarded several scholarships through the COD Foundation: the S.C. Reed, the H.J. Kleemann, and the Rotary Club of Naperville Charities scholarships.

“These contributions, as well as my job in the Learning Commons as a peer tutor, helped tremendously, and I am extremely thankful for what COD did for me,” he said.

Arias transferred to UIUC, where he joined Tau Beta Pi and made the Dean’s List. He also gained experience through a summer Research Experience for Undergraduates (REU) at the University of California Berkeley and through research at both UIUC and Stanford University.

Having earned his bachelor’s degree in Computer Science, Arias is now working on his Ph.D. at UIUC, concentrating on mobile robot cognition and navigation. He collaborated with researchers from Google Brain to outline a motion planning method that would enable groups of robots to compute paths and avoid collisions. The collaboration was published for the International Conference on Robotics and Automation 2021.

His many awards include the National Science Foundation Graduate Research Fellowship, which provides a $34,000 annual stipend and a $12,000 cost-of-education allowance for three years, and the national GEM Consortium Graduate Engineering and Science Fellowship.

The fact that the University of Illinois considers College of DuPage equivalent to its engineering school confirms the prestige of COD.

His goal is to start his own company and/or design and patent his own circuits.

“I have always wanted to create my own gadgets and code my own programs and websites,” he said. “If I am lucky enough to have a successful career, I want to help minorities and people from developing countries like my own to pursue engineering and math degrees. I believe minorities are underrepresented in the science fields and it is very important for diverse perspectives to be involved in the development of new technology.”

Arias is thankful that COD provided a strong start toward achieving these goals.

“I met wonderful staff and professors who were willing to help me at any moment,” he said. “Every semester had weeks in which you felt like you would not get everything done, but this was the nature of an engineering degree. It was meant to be a challenging experience that pushed your knowledge to its limits. The truth is engineering students make mistakes like any other students, but they are inspired to put in the extra effort.

“The fact that the University of Illinois considers College of DuPage equivalent to its engineering school confirms the prestige of COD.”