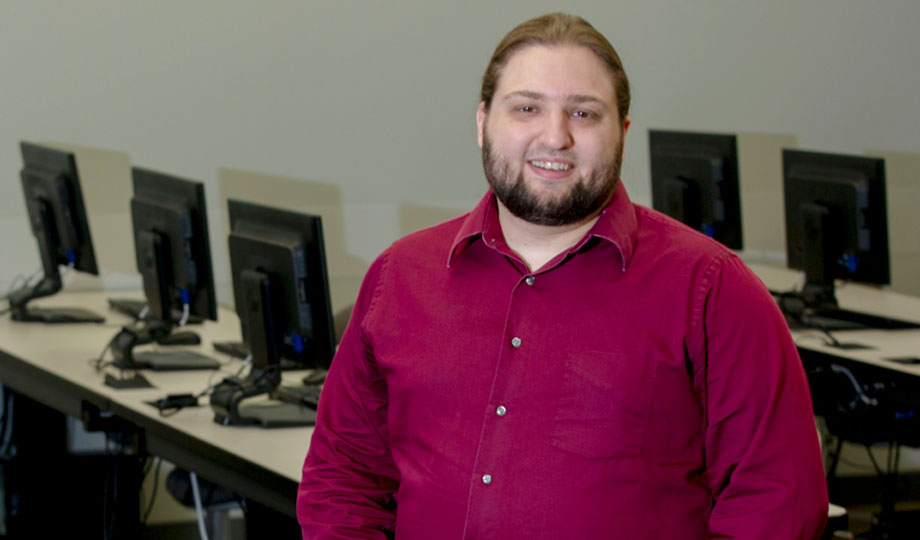 Steve Santello became interested in the world of computers at the age of 2 when his brother received a Tandy 1000 for Christmas.

“Like many younger siblings, I liked to ‘borrow’ my older brother’s stuff,” he said. “I was intrigued by the technology of this computer. Compared to today’s standards, it is an ancient piece of hardware that is a small fraction of the power of a typical cell phone. But back in the ’80s, most households did not have computers of any kind, so this felt like a gift from the future.”

Most of what Santello and his brother did with the computer was play computer games, but he also learned MS-DOS. By the time he was 3, he was typing on a keyboard and knew all of the MS-DOS commands.

When he was 4, Santello was enjoying the family’s Nintendo Entertainment System (NES).

“We had access to an Atari 2600 and while I liked it, it didn’t catch my interest nearly as much as an NES, possibly because the first game I had a chance to play on it was ‘The Legend of Zelda,’which was a game way ahead of its time,” he said. “Though, a year later, ‘Mega Man’ came out on NES and upon playing that for the first time, I said to myself, ‘I want to make video games for a living.’ Through ‘Mega Man’s’ creative upgrades, thoughtful boss battles, amazing level design and rockin’ soundtrack (hence the name ‘Rock Man’in Japan), it really inspired me to want to make a game like ‘Mega Man’ some day and ultimately pursue game development as a career.”

Santello never dreamed of becoming a teacher. In fact, he hated school until he started college, when he could study subjects that fueled his passion. After earning his bachelor’s degree in Game Art and Design from the Illinois Institute of Art Chicago, he accepted a full-time instructor position at the ITT Technical Institute in St. Rose, La., located just outside of New Orleans. He never applied for the position. Instead, school administrators found his portfolio that included game prototypes and asked if he was interested in teaching Digital Entertainment and Game Design.

“This was during the aftermath of Hurricane Katrina and the area really needed help,” he said. “This was a big motivating factor for me to move out of Chicago and to New Orleans at least temporarily. I really was not interested in teaching, but I decided to try it out anyway.

“I quickly realized that teaching was my calling through the joy I had helping others find their passion. I continue to teach because I genuinely like helping people and gravitate toward opportunities to do so. Teaching gives me a platform that allows me to help people of all walks of life.”

He next moved back to Chicago and worked as an artist for Babaroga, a game developer that has strong partnerships with publishers like Electronic Arts (EA) and Disney Interactive. Santello worked on a dozen games, including the award-winning “Spore: Origins,” “SimCity,” “Pictionary The Game of Quickdraw,” “The Godfather Game,” “Meet the Robinsons,” “Hannah Montana: In Action” and “Plantasia.”

During his time in the game industry, Santello continued to teach game prototyping courses as an adjunct instructor at the Illinois Institute of Art Chicago. He then left the game industry to help spearhead the Game and Simulation Programming degree at DeVry University, working full time for eight years before coming to College of DuPage.

“In most of my classes, I push students to come out with portfolio-quality pieces that they can add to their professional portfolios, which will ultimately help them find careers they are passionate about,” he said. “In consumer product-based industries like the game industry, employers look for proof of professional quality work, so having a strong portfolio is far more important than anything else.”

Although he initially never thought about teaching as a career, Santello thoroughly enjoys his work and watching his students develop their skills.

“I am inspired by watching my students. It sounds cliché for a teacher to say, but it’s true,” he said. “It is most inspiring watching students grow through your guidance.”